John's story: "It was clear to us all that I had a serious problem" - British Liver Trust

John’s story: “It was clear to us all that I had a serious problem”

John had several false starts while he was waiting for a liver transplant and ended up staying in hospital for 10 weeks after the operation. Here he shares his incredible transplant and recovery story.

“In early 2009 I realised that I was drinking too much. Drinking alcohol had become a habit and I wasn’t happy with myself.

“In February of that year I decided to stop drinking altogether because I didn’t want to carry on that way. I knew that I wanted to stop although I wasn’t ill at that time. Once I’d made up my mind, it wasn’t too difficult for me to stop. In the first few weeks alcohol would sometimes come to my mind but I carried on working, playing football and living a normal life.

“Soon after I noticed I was starting to feel the cold more than usual and by May my joints were swelling slightly and my ankles were puffy.

“The doctors investigated and discovered that my liver wasn’t good, but it wasn’t too bad. I was sent home with some medication.

“That summer I was on holiday in Norfolk when I developed really bad ascites. We drove home and went straight to Colchester Hospital.

“We didn’t really know what the cause was. The ascites was drained and I was sent home but over the following months it kept returning and I had the fluid drained many times.

“By that point I was losing weight and turning yellow with jaundice. It took a while for the doctors to tell me that they thought I had alcohol-related liver disease.

“By November 2009 it was clear to us all that I had a serious problem. I was put on the transplant waiting list at Addenbrooke’s Hospital and over the following two months I was called in for transplant three times. Each time the operation was called off just before it was about to go ahead.

“On 17th February, the fourth attempt, I finally had the transplant. My recovery was good but I had a blocked portal vein and I needed two more operations to successfully unblock it.

“I’d also been suffering from chronic diarrhoea since the transplant and while I was still in hospital I went into cardiac arrest caused by a potassium deficiency. After resuscitation I spent 10 days the Cardiac ward before going back to the transplant ward where I spent the next five or six weeks on a drip and finally left hospital in late April 2010 after 10 weeks. It was a really tough time.

“Due to the hard work and dedication of all of the great staff at Addenbrooke's I was able to return to work full time a month later. Thankfully, I'm still healthy and I haven’t needed to go back to hospital since!” 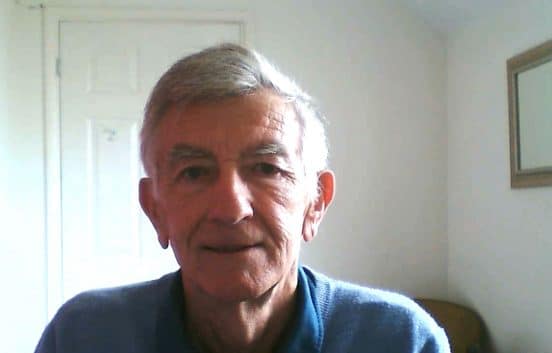