Steve’s story: sharing the emotional side of liver disease

Steve experienced hepatic encephalopathy when his liver started to fail. Here he talks about the impact of his diagnosis on his mental health.

Coping with being diagnosed

I went from running a successful business selling greeting cards to retail outlets, which I'd been doing for over 36 years, to being told I had Hepatic Encephalopathy (HE).  I was diagnosed with HE after spending nearly three weeks in hospital.  I was extremely poorly and unconscious and my Mum was told I wasn’t expected to live.  But I had an amazing doctor who literally saved my life.

My experience in hospital was both confusing because of my condition and at times extremely undignified, to the extent that at the age of 57, I was having to wear a nappy and was unable to walk unaided.  Life had hit an all time low.

As I became more aware of my situation, I felt extremely guilty and bewildered, lost you might say.  Many people who came to visit me have subsequently said I was just  a shell of my former self. That must have been shocking for them. When I came out of hospital, the next 12 months were absolutely awful. I couldn’t dress myself properly, walk properly, cook, make a cuppa, spell and many more things I just couldn’t do. It was so frustrating. I did have great help from Mum, a close friend and other friends supported me.  Some “ friends “ shunned me! That was a low point.

I was determined that the position I was in would not defeat nor define me.   I was going to do my best to get better.  I realised that this was a tall order and became frustrated regularly and my moods were very low.  I struggled with guilt and still do, but to a lesser extent, it’s difficult to overcome.  I was going to improve though.

In January and February 2020,  two things happened which changed my life immeasurably. In January, I became involved with British Liver Trust via a Zoom meeting . I finally found I was NOT alone, people listened and helped me, they still do and probably don’t realise just how much they do. This has opened many new doors and I have been involved in some really important projects. In February 20 I answered an advert in a local Facebook page from a community based group called StoriesOutside. 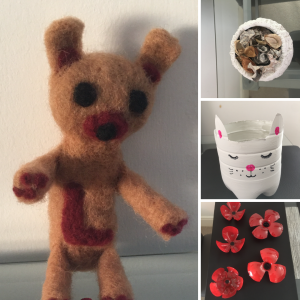 At the age of 58, I was introduced to the world of Arts and Crafts and found that I wasn’t bad at it! Never would I have ever dreamed I would do this sort of thing.

I would say to anyone, try something completely out of your comfort zone, it will help and no one will judge you. You will be surprised by the results and it can bring back a sense of purpose and take your mind in a different direction.

During my recovery, I was diagnosed with Psoriatic Arthritis. I have used similar principles to help me contend with this.  I know my life will never be the same again and some days are and will be difficult. I’m going to make sure that when I am low I admit it and seek help straight away .

If I had one final piece of advice or help to give anyone is to try and do the things I didn’t do before being diagnosed and admit you have an issue and seek help from specialists.

If you do find yourself in the same position I was in, try to stay positive, try new things to fill your time and follow your own path towards a better life . 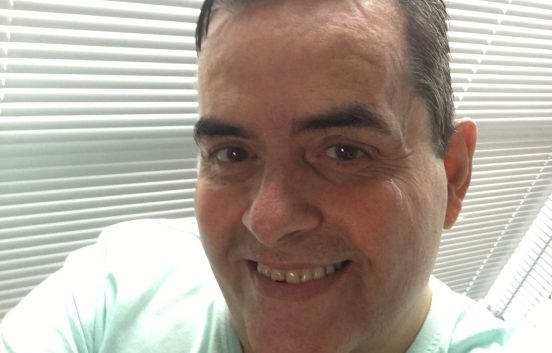