On my return from holiday, I had an appointment with my consultant and he sent me for a battery of tests. He said it was time for a liver transplant. Although I had known for a long time that the day would come, it was still a massive shock to hear the words spoken out loud.

I was referred to a consultant at King’s Hospital Liver Trust, London where I was diagnosed with primary biliary cirrhosis (PBC). He said it was a slow progressing degenerative disease and I wouldn't have any symptoms (apart from the itching) for many years. At the time I was then married with three beautiful boys, but I had a body image problem and although very slim suffered with bulimia for many years. I never admitted this to myself for many years after and I am now cured, but the damage is done.

As the journey to King’s meant a whole day travelling, I was referred on to a consultant from the Royal Free hospital who had a clinic at my local hospital.  I had check-ups yearly at first and then bi-yearly and I was perfectly healthy until a couple of years ago. The itching became intolerable, so the hospital trialled a drug on me which meant an overnight stay. I was able to tolerate the drug and it cured the itching.

I am now 7 months post-transplant and I’ve had no signs of rejection and the liver is doing really well. I can’t say it was all plain sailing as the wound takes a while to heal and movement was a bit painful initially.

Another year passed and in November 2013 I had a gastroscopy that revealed I had grade 4 varices which would need banding. I had the banding done in the December but that evening had a variceal bleed. It was actually quite scary. I suddenly felt very faint and wanted to be sick. My partner grabbed the washing up bowl and when I was sick it was fresh, red, blood - and lots of it. He called for an ambulance immediately, and I was in hospital for a week.

After re-banding and a few pints of nice healthy blood, I was released from hospital just in time for Christmas. A year went by without any reoccurrences, but then I had two bleeds in quick succession. One was the weekend of Valentine's Day while we were away for a romantic weekend (it turned out not to be as romantic as I was hoping for). The third bleed happened a month later. Again I was away from home, so was in another hospital for a week. I felt like a secret shopper for hospitals and my experience in the third hospital was very different.

One hospital (I am not going to name any of them) was appalling (I had to make my own bed and they actually ran out of food one lunch time and I had to have mashed potatoes and roast vegetables with leek soup for gravy. I promise you this is true). Another one was excellent (very clean, matrons, fresh fruit every day, etc.) and the third was somewhere in the middle. All I can say is that I'm glad I don't live in inner London.

It wasn't until a year ago (spring 2016) that I started to feel really quite unwell. I slowly became more and more tired and lethargic. Then in May, within three, days my stomach became so swollen I looked like I was nine months pregnant with twins. My partner and I were on holiday and we are just in our 60s. People were staring at my stomach, then looking at the pair of us and I could see the puzzled disbelief in their eyes. It was actually quite funny.

On my return from holiday, I had an appointment with my consultant and he sent me for a battery of tests. He said it was time for a liver transplant. Although I had known for a long time that the day would come, it was still a massive shock to hear the words spoken out loud. Luckily, the ascites was brought under control with dietetics and people stopped staring at us.

And so we are up to date as of January 2017.  In two weeks’ time, I go for the two days of tests to assess if I'm healthy enough to survive the operation and then I will have to make the hardest decision of my life. I'm not scared of the operation, but do I want to take a chance and carry on as I am or do I want to risk the operation and chances of rejecting the liver? I don't know yet. I need all the facts first. I'll keep you informed.

Hi again. It is now May 2018 and I am 7 months post-transplant. After all the tests, I decided to go on the waiting list for a nice healthy liver. The waiting wasn’t too bad; although I had my mobile glued to my side. The worst bit of the wait was not being able to go more than an hour’s drive from London.  I waited for 8 months and in that time I was getting progressively more tired and ill and I started to lose weight.

When the call finally came, (midnight Sunday) I calmly got the bag I had already packed, put a few bits in and called a cab. My partner was running around like a headless chicken. It wasn’t until we got into the cab, I realised what was happening and my legs went like jelly and I broke down. The worst bit was having to phone my boys (men) and tell them what was happening. I arrived at the hospital at 1.30am and was immediately prepared for the operation. I was given a few tablets and I don’t remember much after that. I went into the operating theatre at 5.30am and came out at 4pm that afternoon. I don’t remember much about the intensive care unit as I was full of pain killing drugs.  I can remember though that I wasn’t in any pain and all the staff were incredibly caring and kind.  Only my immediate family were allowed to visit, but on day three I was taken to the ward and anyone could visit then.  One of the surgeons came to see me to see how I was doing and he said the operation was text book and really straight forward. He didn’t expect there to be any complications and he was right. I left the hospital after only 10 days.

I am now 7 months post-transplant and I’ve had no signs of rejection and the liver is doing really well. I can’t say it was all plain sailing as the wound takes a while to heal and movement was a bit painful initially. I’m now back at work and it was nice to know my students and colleagues missed me. The whole experience was nowhere as bad as I thought it was going to be and I’m eternally grateful to my donor for giving me a second chance at life. 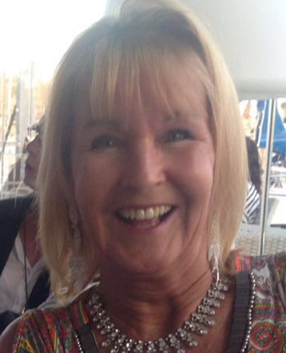