Caera's story: "I overdosed on Paracetamol and had a liver transplant" - British Liver Trust

Caera’s story: “I overdosed on Paracetamol and had a liver transplant”

Caera was at university when she had acute liver failure from paracetamol poisoning and was put into an induced coma while she waited for a super-urgent liver transplant.

I wasn’t aware that I had overdosed until I went to the RVI and needed to stay overnight to have tests done.

"I had my liver transplant on the 21st of February 2020. Up until February of this year I’ve always been very healthy so this was never expected for me.

"I quickly became very ill after suffering from horrendous mouth ulcers and after a week ended up with paracetamol poisoning and therefore started overdosing. I was in my final year of uni at the time so I was at Newcastle, rather than at home.

"I wasn’t aware that I had overdosed until I went to the Royal Victoria Infirmary and needed to stay overnight to have tests done. The next morning I was put into an induced coma whilst they tried to find me a super urgent transplant.

"Before the transplant, I suffered from a cardiac arrest in the coma and afterwards I suffered from a brain haemorrhage on the right side, causing me to lose all feeling in the left side of my body. I woke up from the coma around 11 days later, unaware of what had happened after having some very vivid dreams, one being that I had given birth!

"At this point I was hooked onto tons of machines, I had a tracheostomy in my throat giving me oxygen as I couldn’t breathe on my own, I had a feeding tube and was using a catheter. I was in intensive care at Freeman Hospital for around six weeks, not being able to talk or eat but had my mum and friends with me constantly. This was up until the UK went into lockdown and visitors were no longer permitted. My mum had to go back to Jersey and I couldn’t see my friends anymore.

"At the end of March, I had the tracheostomy removed and was moved onto a transplant ward. I was then allowed to start eating again, however the feeding tube caused many difficulties and there wasn’t a time I had it in that I wasn’t sick after eating or taking my tablets orally.

"On the ward I began physiotherapy to start walking again which I found extremely challenging at first and didn’t believe I’d ever be able to walk again, but to my surprise I was able to after a few weeks which was a shock to me! Around this time my catheter was also removed. I had to have a stent put in to connect my bile duct and liver as there was a narrowing which was done with an ERCP, meaning I needed to get the feeding tube out for it to be performed.

"Once this was done, I was able to eat again without having any issues which was a huge relief as I was starting to get anxiety whenever I was brought in meals. From these improvements, they started looking at getting me home (with a medical airplane due to airports being closed) and I finally went home on the 22nd April 2020.

"It was such a relief to be back with my family and my dog who I’d missed so much. I still wasn’t able to see anyone else at this point due to being high risk, then once lockdown had become less restricted, I had to go back to Newcastle due to contracting the CMV virus! I was back there for around two weeks to be treated, had my stent changed and then came back on the medical plane again. I then was able to see my friends again and gain as much normality as I could in these times.

"At the beginning of August, I had to go back to Newcastle again due to my stent becoming blocked. I was meant to come home after five days but my bloods weren’t improving but was allowed back home after a week due to there being no huge risk.

"Now I’m home and my bloods are being monitored, I seem to have contracted the CMV virus again but at a much lower form, so am currently in hospital in Jersey to keep me isolated and safe until there is an idea on how to treat it.

"In terms of support, I have been in contact with some psychological and neurological staff members in Newcastle but there hasn’t been huge concern on my emotional wellbeing as I’ve had lots of support from my friends and family as well.

"I will be forever grateful for my donor and their family"

"In my opinion I feel like they went through the motions more emotionally than I did as I wasn’t awake for most of the bad stuff! I’m in contact with a girl my age who has also had a transplant who my liver consultant introduced me to and it’s comforting to know someone in the same position.

"Myself, my mum and my dad have written letters to the donor’s family in July but are yet to hear back but I understand it can be difficult for them. I think organ donation is so important and I’m so glad there’s now an opt-out system, even though I was already registered, as I wouldn’t be here without the organ donation system. I will be forever grateful for my donor and their family to have put themselves on the list." 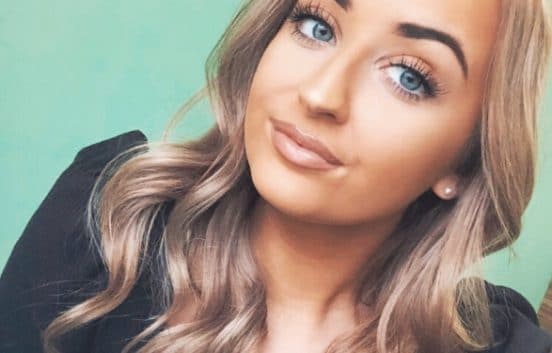