We had discussed organ donation many times over the years, particularly more recently as the Opt Out campaign became a regular news feature. Ben’s opinion, as strong as ever, was that organ donation was a ‘no brainer’ and that it seemed the only reasonable thing to do if the worst were to happen.

He was a fit and healthy young man with his whole life ahead of him when he had a cardiac arrest which lead to brain death. A misdiagnosis by emergency hospital staff and a paramedic crew completely missed that Ben was suffering with Diabetic Ketoacidosis which caused irreparable damage and his untimely and unnecessary death just 3 months after his 18th birthday.

Ben is the youngest of my two sons and had a character that could light up a room, a smile that could brighten even your worst of days and eyes that could speak a thousand words. He was passionate about helping others and about creating a world where everyone was equal. He was studying for his A Levels at the time of his death and had passed the first stage to become a Special Constable, his fitness test was scheduled for the day before he finally left us. His dream was to complete his exams and then become a police officer for our local force, where he wanted to make a difference to the area and promote equality for all. He had volunteered with advisory groups to advise the police on issues facing young people and worked closely with the Equality group at college. Ben was very special, a determined, mature and passionate young man who just wanted to make a difference to the world.

Just a few weeks before Christmas, I thought of other families waiting for that call and the gift my precious son could give them.

We had discussed organ donation many times over the years, particularly more recently as the Opt Out campaign became a regular news feature. Ben’s opinion, as strong as ever, was that organ donation was a ‘no brainer’ and that it seemed the only reasonable thing to do if the worst were to happen.

I could never have imagined the day would come when I would have to carry out those wishes for him, who expects their child to die? When I was informed by ICU staff that Ben was brain dead it was a huge shock and the worst news a person could ever receive, but I knew I had to do one final thing for him before he left. Just a few weeks before Christmas, I thought of other families waiting for that call and the gift my precious son could give them. Ben had gone, but he could help others and make the difference he so wanted to make. There was no decision to be made, I didn’t need to be asked the question, I knew what he, what we both wanted and I approached the staff myself about his viability as a donor.

Due to damage to his heart and lungs, these weren’t able to be donated, but I would later discover that my son’s kidneys had gone to two men in their 30s, his liver to a man in his 50s nd his corneas to two people to restore their sight. Other tissue, including heart valves, are held in storage for use at a later date.

After Ben’s funeral, I was keen to find out if the recipients of his organs were ok and, understanding how difficult it can be for recipients to contact donor families, I wrote a letter to all of them to tell them a little about Ben and to thank them for looking after a part of my son. I received a couple of letters back and was so happy they were doing well.

I am inspired by Steve’s story and by his determination to raise awareness surrounding his illness and organ donation, particularly considering the struggles he has faced.

Steve is the recipient of Ben’s liver and we have been in contact through the Blood and Transplant Service ever since. More recently, Steve told me he was taking part in the London to Brighton 100k event to raise money and awareness for liver cancer so I gave him my email address and we have been in direct contact since. I am inspired by Steve’s story and by his determination to raise awareness surrounding his illness and organ donation, particularly considering the struggles he has faced. To know that Ben is helping someone else to make a difference is a huge comfort to me and keeps my son and his dreams alive.

If, through our story, we can encourage people to talk about organ donation and see just how important it is to us, then we achieve a great thing for Ben, myself and the rest of our family.

I have always said that I couldn’t have my miracle that day in December 2017, but I could allow my son to give that miracle to another family. Steve, his family and the work they are doing now is proof to anyone that organ donation works and creates miracles.

At the end of May 2018, I waited at the finish line in Brighton to meet and congratulate the man who is taking care of my son’s liver and using his second chance to improve the lives of others. I am proud every single day that my amazing son has given the greatest and most precious gift of them all. 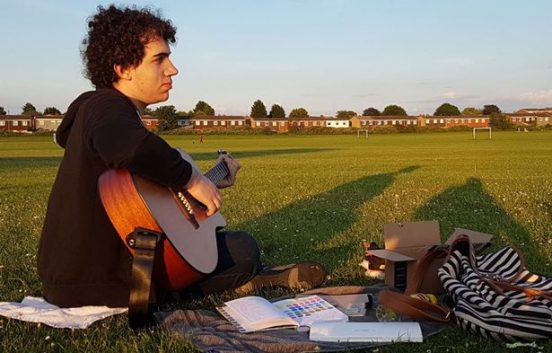