Andrea's story: "I started to question whether I should just accept what I’ve been told or seek a second opinion." - British Liver Trust

Andrea’s story: “I started to question whether I should just accept what I’ve been told or seek a second opinion.”

When she was diagnosed with cholangiocarcinoma (bile duct cancer),  Andrea was told she only had weeks to live but here she is six years later to share her story to give others hope.  Thank you Andrea. 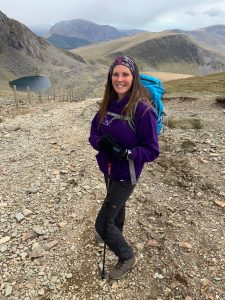 Prior to my diagnosis with cholangiocarcinoma (CCA), also referred to as bile duct cancer, I was a fit and happy forty-something who lived a healthy lifestyle and exercised regularly.

Then suddenly, during the summer of 2015, while on holiday with my family in Wales, I began experiencing excruciating pains around my rib cage area.  This pain was like nothing I had experienced before and I knew something wasn’t right but getting someone to take it seriously was harder than I imagined it would be.

For the next six weeks, I went back and forth to my local GP surgery and was dismissed every time. It was suggested that I had pulled a muscle or I had indigestion.  Even as my pain worsened and I explained that painkillers did nothing to ease the pain, I was not referred for any further tests.

The pain was getting unbearable and I went to A & E twice in two weeks. During my second visit, I refused to leave until further investigations were carried out.  Finally, a locum doctor agreed to investigate further.  I had blood tests, which were clear, but an ultrasound revealed that I had a tumour the size of a pineapple on my liver.

As shocking as it was, I was relieved to know the cause of the pain but my relief was short-lived as I was told the absolutely devastating news that nothing could be done and I only had six weeks to live.  Their advice to me was to get my affairs in order.

The hardest part was breaking the news to my three children, who were 14, 13 and 4 at the time, that I was not going to survive.  It’s difficult to deal with a terminal diagnosis yourself, but to see the devastating impact on your family is even harder. 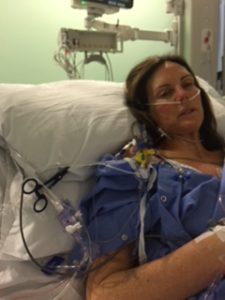 As I spent time coming to terms with my situation, I started to question whether I should just accept what I’ve been told or seek a second opinion.

Thankfully I decided that I needed to speak to a medical team at another hospital who agreed to review my case.  They agreed that I was eligible for surgery and I was sent for an urgent operation to remove the tumour, which due to its size and location, would be difficult procedure.

The operation was successful but further tests revealed that the tumour was cancerous.  At that stage, post-operative, I was diagnosed with cholangiocarcinoma (bile duct cancer), a form of liver cancer that I had never heard of and I soon discovered it was a type of cancer that not many healthcare professionals were aware of either.

Following my operation, I spent nearly three weeks in hospital, including a week in critical care.   The care I received from the medical team at the hospital during that time was amazing.

The next battle was to get further treatment as there was no clear pathway in place for CCA patients.  This is when I discovered the AMMF, a specialist organisation, who were able to put me in touch with a clinical expert and following a consultation, I was delighted to be recommended for a course of chemotherapy for six months.

This treatment wasn’t easy and there were dark days during those six months.  I was admitted to hospital three times and at one point,  the doctors called my husband to say it was touch and go if I was going to make it.

It was a difficult time but was what was needed to get me where I am today.

My family inspired me to get through it and here I am cancer-free six years later.

Question everything and never give up

As I reflect on my experience, I want to remind anyone going through a diagnosis similar to mine, where there is lack of knowledge of the disease and you are given a poor prognosis, to not be afraid to seek a second opinion.  If I hadn’t of done that, I would not be here today.

With any type of illness or disease, it’s so important that patients have access to specialists to ensure they get the best advice for their condition.  This is why I demanded a second and third opinion. 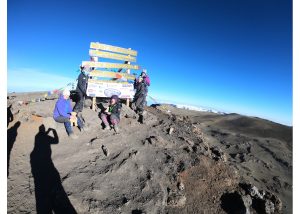 I continue to have regular scans as this cancer has a high recurrence rate and this is why I live my life in blocks of six months but my outlook on life has changed for the better.

I used to be scared of heights but when I was in the headspace that I was going to die, it made me view life very differently.  After finishing my chemotherapy in November 2016, I climbed the 3 peaks in the depths of winter when they were covered in snow and ice.

Since then, I have climbed Mount Kilimanjaro, cycled through Vietnam and Cambodia, travelled to Everest base camp and in a few weeks, I’ll be doing my first fire walk.

Due to Covid restrictions my big 2022 challenge has been delayed to February 2023 when I will be cycling 1,000km with my daughter and son from Bangkok to Phuket in just 9 days. All to raise funds and awareness for cholangiocarcinoma so more people can survive like me. 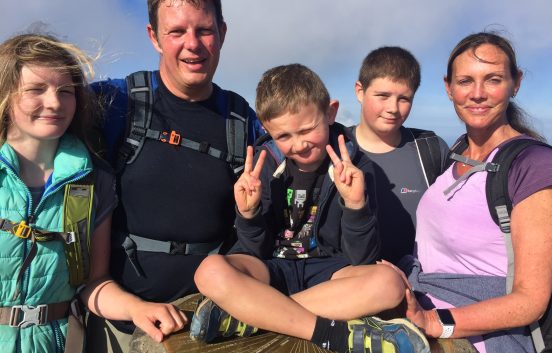