Indre’s story: “I hoped my ascites was ‘lockdown weight'”

Indre had a liver transplant in March 2021. She blogs about her liver health story and has shared a summary with us. Thank you, Indre!

I am full of surprises like a giant Kinder Egg!

My name is Indre and I am a mother of three wonderful boys. I was diagnosed with autoimmune hepatitis (AIH) in 2005.

At the time of diagnosis, I already had cirrhosis. Later, an MRI scan found evidence of primary sclerosing cholangitis (PSC). Both were controlled with medicine and I lived pretty normal life.

After 13 years, things started to change and I developed portal hypertension with varices, which required endoscopic treatment with banding. For nearly a year I was going to hospital every 4 to 6 weeks for some more banding, after which I couldn’t eat for a week. The pain was horrible and I lived on mashed food. In ten months the varices was gone - it was such a relief. I hoped that I could finally rest from frequent trips to hospital and boring mashed food.

I had a nice break for about a year, but in December 2019 my tummy started to expand. The feeling was new and very uncomfortable. I thought it was bloating but at the same time I was having that bad feeling it might be ascites. Overall, I felt well so I didn’t rush to A&E.

Unfortunately it didn’t go away, so just few days after new year I had to go to hospital. They ordered a scan which later showed a tiny bit of ascites. It was a very scary time for me to hear the word ‘ascites’ but I still was hopeful that with a low salt diet it would go away and it really helped for some time.

Towards the end of January of 2020, I had my yearly endoscopy. I was really positive and was sure that all going to be ok, but it wasn’t. I had stage 1 varices and my dose of beta blockers was increased again.

Then in March 2020 the world was shaken by Covid-19. The first lockdown happened, schools were closed and home learning started for my kids. It was a crazy busy time as you can imagine with three boys at home. But it helped me to forget my problems and carry on with my life. Day to day I was noticing that I was getting tired quicker. My legs were swelling and my tummy was expanding again.

At first I was hopeful that it was just a bit of ‘lockdown weight’, but it wasn’t. This time ascites was building up at an incredible speed and by July of 2020 I looked six months pregnant. I had to think twice before going out, so people wouldn’t congratulate me on my 4th pregnancy.

In July I had an appointment with my consultant at King’s College Hospital and my ascites was confirmed. I was started on diuretics which helped me amazingly! I lost about 6kg of fluid from my tummy and legs in less than a week. However, in few weeks ascites started to build up again. I was really tired but my sleep was terrible.

In September 2020, my doctor mentioned the word transplant. I knew it might happen one day, but still was very shocking to hear that this might be sooner than I thought.

October 2020 I had a CT scan as part of my transplant assessment. It found a clot in the splenic vein and a blockage in my bile duct. Bloods showed anticardiolipin antibodies which meant my blood was too thick. I am full of surprises like a giant Kinder Egg!

Early November I had my transplant assessment which went well but the decision couldn’t be made as I first needed a procedure called ERCP. While I waited, the days were slow, and I felt very emotional not knowing if I would be on the transplant list or not.

In January 2021 I caught Covid. Luckily it wasn’t as bad as I thought it would be. I lost my sense of taste and smell, had low grade fevers and extreme tiredness but in a few weeks it was gone and I finally got a call with the date for my ERCP. On 17th February 2020 I was placed on the liver transplant list and soon after I received my liver transplant on 21st March 2021. Three weeks after transplant I was discharged from hospital and continued my recovery at home. 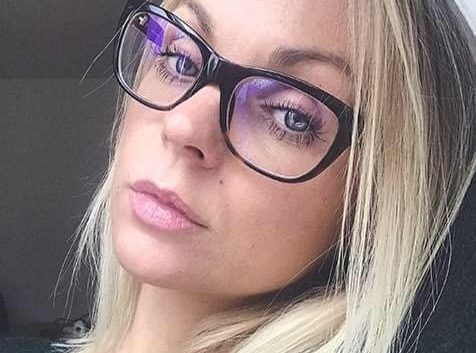