One consequence of chronic liver disease can be portal hypertension. This is an increase in the blood pressure in the portal vein, which carries the blood from the bowel and spleen to the liver.

Symptoms of portal hypertension
Portal hypertension and its consequence of bleeding varices are usually seen in people with moderately advanced liver disease. There may be other features such as ascities (fluid in the stomach) and encephalopathy (disturbance of brain function as a result of disordered liver function). 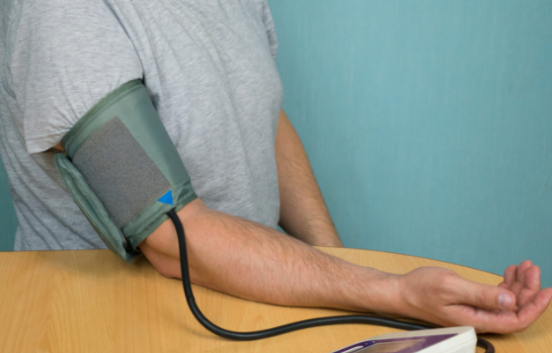 Current treatments do allow for early identification of those people who are at risk of variceal bleeding, and treatments can greatly reduce the risk and severity of the bleeds. For those who have bleeding oesophageal varices, this is a medical emergency but early treatment is usually highly effective. There are a variety of approaches to treat bleeding varices and the treatment used will depend on the overall condition of the individual.

If you vomit blood or pass blood with your stools this is a medical emergency and you should go to hospital immediately. You should tell the doctors and nurses that you have liver disease and bleeding, since early treatment will reduce the consequences.

Initial treatment is to replace the fluid and then to identify and correct the cause of bleeding. Not everyone who has varices and who bleeds will be bleeding from varices. They may be bleeding from another area in the digestive tract.

A number of treatment options are available for the treatment and prevention of bleeding.

Several drugs are useful in the treatment of the variceal bleed. These drugs, such as glypressin or octreotide, are given by injection.

There are two treatments that can be given at endoscopy to treat and prevent bleeding. These are:

• Banding – with banding techniques a single vein (the varix) is sucked into a ring at the end of the endoscope. A small band is placed around the base of the varix. After one or two days this will result in the formation of a clot which will control the bleeding.

• Injection scleropathy – this is a sclerosant (special chemical) material injected into the veins of the gullet. It is done after you have been given some sedation and a camera (endoscope) has been passed into your gullet. A fine flexible needle is passed through the endoscope and used to inject the sclerosant material into the oesophageal veins or the adjacent veins. These injections cause clotting and will also stimulate some scarring to reduce the recurrence of varices.

There are additional procedures that can be used in an emergency to stop active bleeding from the stomach and gullet. Please see Emergency Procedures for more information.

Shunting operations involve joining two veins. Shunts may either be done surgically or by the radiologist. In a surgical shunt, the blood that would normally go into the portal vein is diverted into another vein. There are several types of shunts available. This process involves a major operation.

TIPSS stands for transjugular intrahepatic portal systemic shunt. This technique is usually done by a radiologist but other clinicians also carry this out. In this procedure a metal tube is passed across the liver to allow the blood in the portal vein to go straight into the hepatic vein and so bypass the high resistance of the liver. This procedure is usually done in the Radiology Department and may take several hours.

Both types of shunt procedure are very effective in lowering portal pressure but they do have complications.

One of these complications is encephalopathy whereby the person may get a little bit drowsy, confused or in rare cases even comatosed. This is because the blood usually clears toxins from the bowel and if these toxins bypass the liver they can affect the electrical activity of the brain.