Sue's story: "My doctor told me that I definitely didn't have AIH" - British Liver Trust

Sue’s story: “My doctor told me that I definitely didn’t have AIH”

Sue's autoimmune hepatitis (AIH) diagnosis took six months, and she was mistakenly told she didn't have the condition. We're campaigning for earlier diagnosis as part of the Sound the Alarm campaign. Thank you for sharing your story with us, Sue.

"You absolutely do not have autoimmune hepatitis and you would not want it." - Dr P, GP

This short sentence is one I shan’t ever forget. My version reads, “I absolutely do have autoimmune hepatitis and I don’t want it”.

My journey to an AIH diagnosis took six months and travelled through two counties. In February 2011, following a routine MOT blood test, I was telephoned by my then medical centre in Surrey and asked to see a GP as a matter of urgency. I was astounded to be told by Dr W that I had hepatitis. As an extremely modest “social drinker” with a “safe” lifestyle, my reaction was that there’d been a mistake, the blood results must be someone else’s.

I told Dr W that in October the previous year I had had flu-like symptoms which took a long time to go; unusually for me, I took a week away from work and returned still not feeling 100%. From December 2010, I’d also experienced significant fatigue, loss of appetite and loss of weight, all later accompanied by nausea.

I had ascribed this “under the weather” feeling to imminent, significant changes in my and my husband’s lives. We were having a house built for us in North Norfolk and – in April 2011 – would both be making big geographical, career and social changes; we had also been making frequent visits (often day-return trips) to Norfolk to meet our builder, check on the build progress, and to keep in touch with my future employer.

Dr W looked (only) at my eyes and said that they were not jaundiced. She said she would have to ask direct and possibly intrusive questions about my way of life. Dr W asked me to have repeat blood tests in one month’s time, in mid-March.

In a telephone conversation with Dr W in early April, she advised that some of my blood test results were negative and she was investigating the relevance of others which were not, as my results suggested the possibility of another (unidentified) viral hepatitis. Dr W had discussed my results with a Chemical Pathologist who advised that a Liver Autoimmune Profile should be requested in future blood tests.

My repeat blood test was negative for Hep A, B and C, my bilirubin was not raised, and I was not jaundiced. GGT and ALT were elevated but reducing. The ultrasound was normal. Dr W had discussed my results with, curiously, a Consultant Histopathologist, the conclusion being that there was no need for steroids or other medication and the situation should be kept under review, with titres to be repeated in three months’ time.

In a further telephone conversation with Dr W in mid April, shortly before we were due to move, she advised how I should progress the investigations undertaken so far. Once in Norfolk, I should have repeat LFTs six weeks, then twelve weeks from the date of the last ones; the ANA should be repeated in three months’ time, so that the LFTs and ANAs would then coincide. This seemed a very long time to wait before reviewing again if and how results might change and being able to eliminate or confirm the hepatitis type.

Dr W explained that loss of weight/appetite could be post-viral, mentioning similarity to glandular fever, results can sometimes show false positives, and viral or auto-immune disease would be revealed by repeating the immunology. She commented that “smooth muscle abs” – referred to on the immunology report – can sometimes be associated with Autoimmune Hepatitis. This was the first mention of the disease. Dr W advised that my new GP in Norfolk might refer me to a Hepatologist if there was any need to elucidate results.

In May, armed with copies of all previous blood results, I arrived for my first appointment with my new medical practice in Norfolk. Blood tests were done … but not all of those requested by Dr W as I was told that the practice did not do GGT, LDH and AST tests.

Two weeks later, in June, I saw another GP, outlined my recent history and related the one reference to AIH. Dr P’s reply was emphatic, “You absolutely do not have Autoimmune Hepatitis and you would not want it”. This was tempered by further comments: my results were reducing and were “10% off normal”; he thought one “marker” needed review and was considering repeating blood tests in three months’ time. He was weighing up whether to refer me to a Consultant Hepatologist or to manage me within the medical practice. After deliberating, he decided – very fortunately – to send my “story”, as he put it, to a Consultant.

I was immensely relieved to be told that I did not have a severe liver disease.

Perversely, I was curious to learn something about the condition that I didn’t have and discovered that some seemingly minor things I’d experienced and “written off” - including infrequent small nose bleeds and bruising easily -  were, when taken together and with my other symptoms, signs of AIH.

In the period between February and June 2011 the only physical examination had been to see if my eyes were yellow. I was not asked if I had other symptoms, other than the ones I’d already reported.

My appointment to see a Consultant Hepatologist was arranged for early July and I was fairly relaxed about the prospect. I’d been told that I didn’t have AIH and thought the appointment would, therefore, address something less significant.

In a long, very considered appointment, Dr S confirmed that I did indeed have Autoimmune Hepatitis, with damage to my liver bordering on cirrhosis; this was likely to have been caused or made worse by a delay in diagnosis and treatment. The blood results were clear cut. Small spider naevi on my face, neck and chest were also evident. Dr S told me that I would need to have a liver biopsy to confirm.

In one sense, the diagnosis was not a surprise, I had heard of the disease. In others, it was a huge shock … shock that I had AIH, that investigations had taken so long, and that two GPs had apparently not recognised it.

From this point onwards, the hospital’s postcode topped the list of favourite destinations in my satnav and I added its “Loyalty Card” to my wallet.

In the eighteen months following my diagnosis, I had weekly, then fortnightly, monthly, bi-monthly, quarterly and half-yearly blood tests, with almost equally frequent appointments with Dr S, and a number of diagnostic procedures. From 2011 to date I have had two liver biopsies, two gastroscopies, an endoscopic ultrasound, an MRI scan, two bone density scans, and six-monthly liver ultrasound scans.

My future management will include six-monthly liver ultrasounds to detect any early signs of cancer and three-yearly gastroscopies. Life-long medication comprises steroids to control the liver inflammation, immuno-suppressants, and a drug to counter the steroids’ effect on bone density.

'I was “lucky” to have been referred'

I have been on a “roller coaster” of apparently not having the disease and then finding that I do, spending hours, days in hospitals and costing the Health Service thousands of pounds. Autoimmune Hepatitis has come at great cost not only to me but also to the NHS.

My condition is now well managed and stable, blood results excellent. My health is extremely good, I feel well most of the time, tired or “off form” sometimes, possibly due to drug side-effects. That I have cirrhosis may present its own problems in future - portal hypertension, which may in turn lead to varices in the oesophagus and stomach.

I recently had emergency major surgery for an event which the steroids may or may not have contributed to but which masked symptoms initially and delayed wound healing subsequently. The steroids and immuno-suppressants and the fact that I have a cirrhotic liver all indicate against further, restorative surgery.

I was “lucky” to have been referred finally to a Consultant Hepatologist but, given Dr P’s assertion that I did not have AIH, his decision whether or not to refer could have gone either way. Had he not done so and - potentially without medication while waiting a further three months for repeat blood results - I would have suffered further liver damage and my long-term health would have even been further compromised.

The incidence of AIH is apparently 10,000 people in the UK - my husband would say, the equivalent of just one person in the whole of the 90,000 capacity Wembley Stadium having the condition! – and it is one of the 10% of liver conditions that is not preventable. I know that AIH is rare but I question the length of time and the vacillating diagnoses before it was confirmed. Is my experience typical or the result of unfortunate “bad calls”?

A former charity fundraiser colleague of mine now works for British Liver Trust. I want to play a part in helping the Trust to raise awareness of liver disease among professionals and public so that people like me will receive correct diagnosis and treatment as quickly as possible, appropriate referral if indicated, and have potentially more serious complications averted. 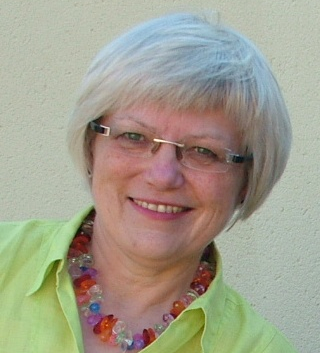