Shaun's story: "I like to give back as much as I can." - British Liver Trust

Shaun’s story: “I like to give back as much as I can.”

Shaun had primary sclerosing cholangitis and received a liver transplant from a donor liver that was shared between him and a three-year-old boy. Thank you for sharing your story, Shaun.

Everything I do is with my donor in mind.

Many years ago I was diagnosed with inflammatory bowel disease which led to ulcerative colitis. I had a section of my colon removed and a temporary ileostomy which was meant to be for six weeks but I kept it for two years as it allowed me to rebuild my strength and fitness, and to travel and live again.

My ulcerative colitis led to a liver condition called primary sclerosing cholangitis (PSC). This was treated (unsuccessfully) with meds and in 2018 I was told I'd need a liver transplant.

I carried on running the family businesses during my illness - I would not let PSC beat me. I knew nothing and no one who had been in my situation. As a scooter owner, I’m a member of the Vespa Owners Club and through this I exchanged messages with a chap from the Midlands. One day he posted to say he wouldn’t be around for a few weeks because he was going in for his second liver transplant. Finally I'd found someone who would understand where I was! Having him and his wife there to answer my questions helped me prepare for transplant.

I received the call to come in for transplant at 6.20am on New Year's Eve and I was blues and twos up to King's College Hospital. On arrival I was told there would be a delay. I was later told the donor liver was suitable to be split in two - a three-year-old lad was in theatre receiving the smaller section, and I could have the larger section. I told the coordinator that I'd had an amazing life. If today wasn't my day, no problem. I just wanted them to make sure the boy was ok. I was fortunate enough to go into theatre at 8pm for my transplant. 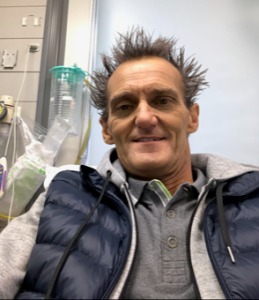 Shaun waiting for his transplant in hospital

I was in recovery for three months as I had a small leak but I was walking six flights of stairs in the hospital twice a day on cake and coffee runs to the café for my fellow patients. 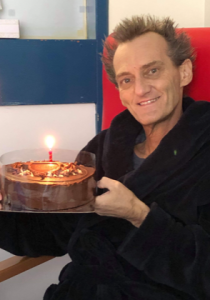 Shaun celebrated his birthday in hospital after his transplant.

I'd prepared my life so I could semi-retire after transplant. I’ve made an amazing recovery and can now do as much as I did pre-transplant and illness, so I like to give as much back as I can. I set up a support group for pre and post-transplant patients so they have someone to discuss their concerns with and show their families it’s not the end.

My liver coordinator told me that transplant is 'cool'. She was right. I’m so grateful for what my donor, their family and our wonderful NHS have done for me. Now I’m a totally different person. I’m living the life my young donor didn’t get the chance to live, so everything I do is with him in mind. 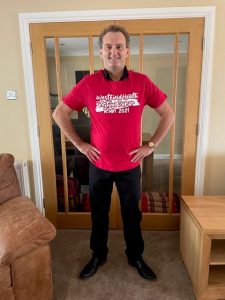 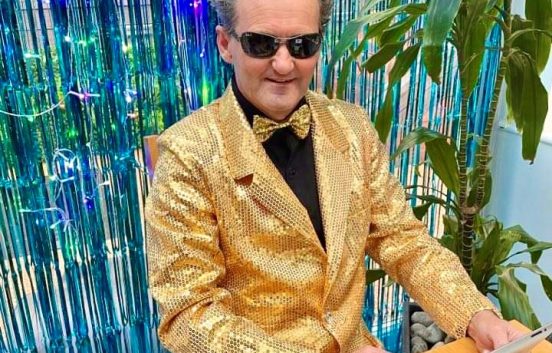