Samantha is supporting the Sound the Alarm campaign to improve diagnosis, access to treatment and specialist care for liver patients.  Here, she shares her mum's story. Thank you very much Samantha!

My mum was diagnosed with Non-Alcohol related Fatty Liver Disease (NAFLD) on 19th April 2018 and sadly passed away just four days later on 23rd April 2018, just six days after her 57th birthday.  At her inquest, the coroner cited missed opportunities for diagnosis and treatment.

When my mum was younger, she was very active, running cross country for our local county and a marathon for charity.  She also maintained a healthy diet.  However, her mobility was destroyed by osteoarthritis and spondylitis, which led to her weight gain and subsequent knee replacement surgery.  Even with mobility issues, she would remain active, swimming five days a week right up until her surgery but despite this she was unable to reverse the silent damage to her liver.

My mum knew she had problems with her liver having had multiple liver function tests (LFTs) from 2004, which all had abnormal results.   Despite this, she was not referred for any further testing as doctors did not believe she was at risk.  My mum didn’t drink alcohol and avoided taking pain medication, but she was overweight, due to the reasons above, which we now know to be a risk factor for NAFLD.  Her GP wasn’t aware of this risk factor either and didn’t provide her with any information or support as a result.

If she had been made aware that obesity put her at risk of liver disease and had support to help her lose weight, perhaps she could have reversed the damage to her liver.

In January 2017, just over a year before her death, we started to notice changes in her behaviour.  She didn’t want to eat, and her mood changed too, she seemed very low and worried a lot, often saying she had a feeling of dread.

At the time we thought this was related to the knee replacement surgery she was scheduled to have in January 2018.  Her weight had caused problems with her mobility and osteoarthritis was causing her a lot of pain in her knees.

Shortly after the surgery, she developed an infection, which required antibiotic treatment. In hindsight, this medication shouldn’t have been prescribed if doctors were aware that she had an underlying liver condition.

After a week of antibiotics, I visited her at home, it was the first time she had left her bed in days. As soon as she walked into the living room I was shocked at her appearance. I had seen jaundice before and knew something was definitely wrong. We got her an emergency appointment with her GP who agreed she needed to go into hospital. He thought it was a blockage from gallstones and so did the hospital.  She underwent a number of scans and tests over the next four weeks all the while deteriorating rapidly. By the time they diagnosed NAFLD it was already too late. She had developed encephalopathy and days later suffered a stroke. My mum passed away surrounded by her family in hospital.

Liver disease is often diagnosed late because the symptoms are either vague or non-existent in the early stages but also little is known about the disease by both the public and healthcare professionals.  Patients who are overweight and have high LFTs should be made aware of NAFLD and referred for further testing.  I think, if this happened, as the coroner suggested, my mum could have been diagnosed earlier and may still be here today. 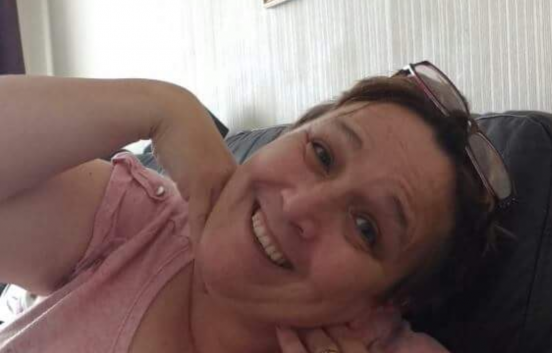