Martin's story: "We have the power to choose our outlook on life." - British Liver Trust

Martin’s story: “We have the power to choose our outlook on life.”

After he had a liver transplant, Martin slipped back into old habits and started drinking alcohol again. While he was in rehab, he had a realisation that changed his life. Thank you for sharing your story, Martin.

As the saying goes, ‘what we consume, will consume us.’

Looking back, I grew up in an environment with little human interaction or nurturing. At the time it seemed normal to me, but as an adult I found socialising very difficult. Like many people, I started drinking alcohol with friends as a teenager and then, as an adult, at work nights out. For me it became a form of escape from a world I felt uncomfortable in.

Eventually, a normal day for me would include drinking a bottle of vodka in the mornings after dropping my partner off at work, then going to the pub where I’d stay for most of the day. I didn’t have any specific symptoms of liver disease, but I did go to the doctor about tiredness. He warned me about my drinking but, without any further support, I denied it was an issue and carried on.

Several years later, on 6th December 2006, I was shopping in Haywards Heath when I suddenly collapsed. I woke up in hospital where the doctors told me that my liver was failing and I’d be lucky to see Christmas. I was sent home after two weeks and tried to follow the doctor’s advice. I was jaundiced and itchy but luckily my liver kept going and I was put on the liver transplant list.

In the months leading up to my transplant I was in and out of hospital a lot with infections. I had the operation in 2008, three days after my 40th birthday. After the transplant things went well but I did have lots of infections afterwards and I’d lost a lot of weight. It was also around this time that I met and married my wonderful, supportive wife!

A few years later though, some things happened in my life which led to me having another alcoholic drink. I soon fell back into old habits and decided to take myself to rehab. It was while I was there that I realised one of the key things I’d been missing – gratitude. I hadn’t been grateful for the second chance at life I’d been given. I spent a lot of time reflecting on this and, with psychological support, I released that mental health played a big part of my substance abuse.

I stopped drinking and decided I wanted to help other people in a similar situation. I was offered the opportunity to train as a ‘lived experience’ support worker – someone who can use their own experiences to help others.  I was on a one-man mission to help everyone with addiction that I possibly could. Things grew from there and I now manage a mental health service supporting over 100 young adults with addiction and mental health issues.

As the saying goes, ‘what we consume, will consume us.’ I think that’s true. My message to others is that there’s always a positive to come out of even the most negative of experiences. Of course, it’s not always easy and there will always be bad moments, but we have the power to choose our outlook on life. 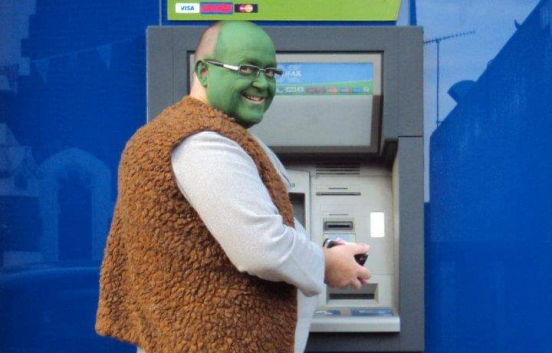