Julia's story: "My skin felt like there were ants crawling around underneath." - British Liver Trust

Julia’s story: “My skin felt like there were ants crawling around underneath.”

Julia's liver became inflamed after she took antibiotics for an infection. She explains how her symptoms made her feel and how the British Liver Trust's helpline supported her through it. Thank you for sharing your story, Julia.

Speaking to the British Liver Trust nurse was like getting the biggest hug from my mum!

It all started with an insect bite which had got infected, resulting in my GP prescribing me Flucloxacillin for seven days. Around ten days after I took my last dose, I got a very bad headache, felt extremely tired and nauseous, and completely went off my food.

A few days later, it felt very tender under my ribs, with a pain which radiated towards my back. My urine was much darker than usual, my skin had become very itchy, and the whites of my eyes had a yellow tinge. I called 111 and was told to see an out of hours doctor. She confirmed I had mild jaundice and mentioned that there had been reports of people having liver issues due to this antibiotic – but stressed how rare it was. She advised me to go straight to A&E and have my bloods checked, which confirmed abnormal liver function test (LFT) results.

A few days later I went back to have an ultrasound, which revealed gallstones, and further blood tests, with LFTs which were continuing to rise. They suggested there could be a stone blocking my bile duct, which can cause jaundice. The pain under my ribs had started to ease, but the itching, loss of appetite, nausea and jaundice continued to worsen. The itching was the worst symptom, and it was incredibly hard to sleep – my skin felt like it was burning with lots of ants crawling around underneath. I tried ice packs, foot baths and lots of moisturiser, but they were all short-lived and it felt torturous at times.

After a week of going back and forwards to the hospital, they decided to admit me to hospital for further tests – especially because there was an added concern of Wilson’s Disease, which my father passed away from (sadly, during a liver transplant). An MRCP scan confirmed that this wasn’t down to my gallbladder or bile ducts, there were no signs of cancer, but that my liver was inflamed. Again, I mentioned the possibility of a drug-induced liver injury to the medics, and they agreed this was probably the most likely cause. The only treatment they offered me were antihistamines, which I decided not to take due to my nausea, and Colestyramine.

Ten days later they discharged me, with my bilirubin levels decreasing slightly, yet my alanine aminotranferase enzyme (ALT) levels were still increasing. Three days after leaving, my blood results revealed my bilirubin level was rising again, along with my ALT. By this point I had lost 12 pounds, my arms and legs were covered in deep scratches, sores, and bruises, and my skin was now yellow all over. Two weeks later, my ALT level had risen to three times the amount it was when I left hospital. There was talk of having a liver biopsy if things didn’t improve over the coming weeks. The test results for Wilson’s Disease all came back normal, bar one, which was slightly raised, but they didn’t seem overly concerned about it.

By this point my mental health was really suffering – I was crying daily, mostly due to the symptoms, but also from a fear of the unknown. At this point, it had been six weeks since I first became ill and I felt no better. I did some research and came across the British Liver Trust, which I discovered had a helpline. I spoke to a nurse who answered all of my questions, and more. It was like getting the biggest hug from my mum! She told me that “treatment was time” and that if I overdid things, I could expect to feel it the next day, and she was right. Over the following weeks I finally began to improve and by week seven or eight my liver function tests were also reflecting this.

Almost ten weeks after I first got ill, my levels are almost back to normal, my skin and eyes have returned to my usual colour, and I am no longer itching. I was told it could take anything from two to six months to feel completely back to my usual self, but I am so relieved to have turned the corner. I am now hoping to be referred for drug allergy testing so that any antibiotics I may need in the future don’t trigger this response again. 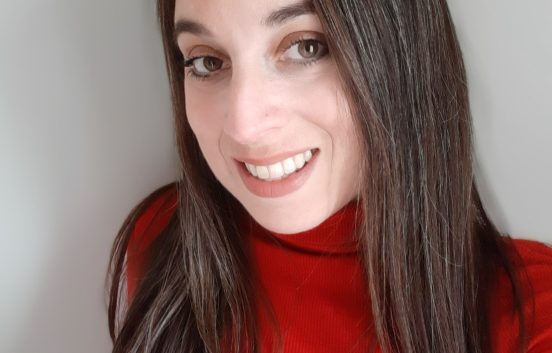