Jaqueline’s story: "It has made me realise that it’s family and good friends that are important above all else" - British Liver Trust

Jaqueline’s story: “It has made me realise that it’s family and good friends that are important above all else”

No life is risk-free, and I have grown to think that we must do as much as we can.

It was my last year at school when I became ill with autoimmune hepatitis. Back in 1975 much less was known about the disease, but I was fortunate to see Dame Professor Sheila Sherlock, at the Royal Free Hospital, who led the field in researching hepatitis. (And founded the British Liver Trust.)

After tests, I was prescribed a course of steroids, and that seemed to do the trick. For a while I was free of the disease and life returned to normal: I got a job, moved to London and everything seemed fine. But when I was in my late twenties, there was a year in which I had tonsillitis, toxoplasmosis and glandular fever, and that seemed to trigger my hepatitis into action again. Since then I have been fortunate to come under the care of Gloucestershire and Oxfordshire health services, where specialists who really know about the disease helped me.

For over 25 years I have been taking a combination of steroids and other medications for my particular cross-over type of hepatitis. A few years ago, as is common with autoimmune patients, I went down with a second autoimmune disease, Pyoderma gangrenosum – which actually I found more frightening and much less well served for information than by the British Liver Trust; thankfully, after a year of treatment for ulcers it has been in remission.

So today, yes, I get tired, and if I pick up other illnesses my liver reacts, but generally I know how to moderate activity and look after myself now. And while I sometimes find the limitations, lack of energy and not feeling completely well do get me down, I try to pick myself up, and it has made me realise that really, it’s family and good friends that are important above all else. And I value that.

There is no doubt that having hepatitis has impacted my life. Yet, I have had a very busy and full career in publishing, and employers who, on the whole, have been understanding and flexible. I have travelled widely, and though I am cautious and careful about countries where infection can be rife, I will continue to do so – no life is risk-free, and I have grown to think that we must do as much as we can for whoever we can – and that includes ourselves – whenever we can.

I only actually came across the British Liver Trust after I’d had hepatitis for some years, when the internet became available. I first used it to find out more about the various types of hepatitis when I learned I had a cross-over type. Later, I found useful tips on travel insurance, diet, fitness, living with chronic illness and other matters. Knowing there was someone I could speak to and get advice from has been really useful over the years, and when Covid-19 reared its ugly head, the British Liver Trust reached out to me, and I felt very much supported. While I have not been part of a local group, I feel the British Liver Trust fulfils a vital role for many who live with chronic, often invisible, illnesses.

The British Liver Trust is, however, quite a small charity and I can see how difficult it is for less ‘appealing’ medical ones to gain support. So I began to do a bit of fundraising. I held a dinner party and asked for contributions one year; a couple of years later, I did a ‘Channel’ swim in three months at my local pool; and now I contribute a small amount each month to their continuing work. I have also left a small bequest in my will. All of which I hope will enable its valuable work to continue. 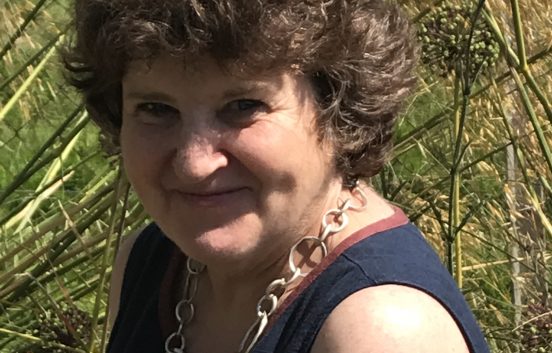