Ian's story: "I’m not one for giving up despite the difficulties I face." - British Liver Trust

Ian’s story: “I’m not one for giving up despite the difficulties I face.”

Ian was diagnosed with cirrhosis and kidney cancer in 2019, twenty years after he stopped drinking alcohol.

The cirrhosis was probably there for 20 years, hidden and slowly getting worse.

My name is Ian, I’m a 53-year-old IT specialist and solutions provider for an accountancy firm. The following account was difficult to recall in parts but is, overall, a reasonably accurate reflection of my illness.

I am an alcoholic and quit drinking when I was 33. Related to this was a history of mental health problems. A driven personality and being someone who couldn’t handle failure didn’t help.

It was late November 2019 and I had been ill for about a week. My G.P. said he would organise a liver scan. As my condition worsened my work colleagues decided that I should go to hospital. I was admitted and during the night my right arm became very badly swollen. This turned out to be a thrombosis in my jugular vein where it meets the right subclavian vein.

However it wasn’t the reason I was taken to hospital. My abdomen was swollen and I looked heavily pregnant. During the next week and a half I was asked about my drinking habits. I hadn’t had a drink for 19 years. I underwent a series of CT and ultrasound scans. I also had blood tests taken and a sample of the fluid taken from my abdomen. I was also given an endoscopy and a colonoscopy.

I was told I had liver cirrhosis and three days later kidney cancer. I have a ‘shopping list’ of damage to my body and associated illnesses that I shall stick to the main ones. The cirrhosis diagnosis was a shock as I hadn’t drunk for so long. The kidney cancer was equally, if not more, shocking as there was no history of cancer in my family. This was the first time I had been seriously ill. I was then told about the liver cirrhosis in detail, it was stage B and irreversible. I had a small liver and the cirrhosis was probably there for 20 years hidden and slowly getting worse.

I was eventually discharged from hospital and spent the next couple of months being looked after by a friend and his family. I was still quite active and returned to work for two weeks before being sent home because of the threat of Covid-19. The plan for my care was put on hold as the pandemic took hold.

The cirrhosis symptoms were fatigue and difficulties with concentration. I had to eat every few hours because my liver was unable to store energy from food and to properly absorb nutrients from food. I had shortness of breath due to a pleural effusion affecting the right lung. I had from low blood pressure because of diet and the diuretics. I suffered from insomnia and an irritating itch. My immune system was compromised.

Later in the year when I was able to do so, I did a phased return to work. Seven weeks into the phased return I suffered a hepatic encephalopathy attack. I was tired and confused and had lost my memory. I was taken to hospital and had recovered most of my memory by the end of the day. I was left with twitches in my hands and feet and painful infrequent muscle spasms in the same areas. From that point forward I was put on Lactulose to prevent it occurring again and consequently my cirrhosis was reassessed as stage B (9).

I managed to return to work for three weeks and then developed a pain in my right side. I was admitted to hospital again and diagnosed with a gallbladder infection. The infection and subsequent ascites caused yet more damage to my body. Both my kidneys were damaged as was my pancreas which showed an increase in the calcification. My bowel on the right-hand side was also damaged. The surgeon saw me and explained that they would normally remove my gallbladder but because of my current condition and a recent MRI scan, I was told an operation would not be possible due to the danger of bleeding out. My gallbladder suffers frequently from inflammation and I am aware of the threat from it becoming re-infected.

"I’m not one for giving up despite the difficulties I face."

My future relies initially on the removal of my cancer which will be done via cryosurgery. After that it is about undergoing assessment to see if I can get on the liver transplant program. I was told not to pin my hopes on a liver transplant and so I have mentally prepared myself for the worst outcome. I do remain positive; I think it is important. My friends are an important source of mental strength. I do have bad days, it’s inevitable, but I always find a way back to the positive vibe. I’m not one for giving up despite the difficulties I face.

My future is uncertain except that I know my symptoms will get worse. If there is an upside to the story it is the kidney cancer would have remained undetected until too late if I hadn’t had cirrhosis. 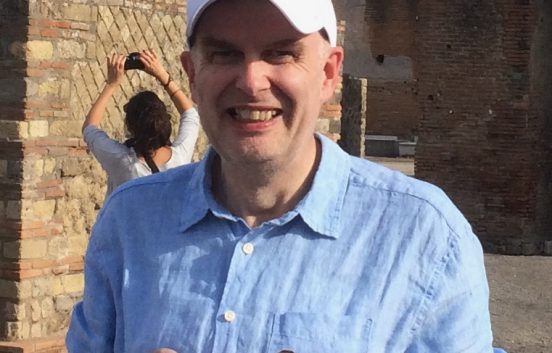