Heidi’s story: “I feel very lucky to be alive”

Heidi is supporting the Sound the Alarm campaign for earlier diagnosis of liver disease. She shares her story of autoimmune hepatitis. Thank you Heidi.

I feel like I have had a second chance at life.

My story started back in 2017. It all started with me feeling really tired, I just wanted to sleep and sleep, even after I had a good nine hours sleep at night, I could not tell I had been to bed.

I went to doctors and told them I just didn't feel myself, they did some blood tests, and the next day they called me to say my liver function test was higher then it should be, so they said they would do more blood tests.

This was going on for a few weeks, and each day I was getting worse and worse, I felt sick couldn't eat or drink, I was really pale almost like a zombie, and just felt terrible. I just wanted to stay in bed all the time, I couldn't even hardly make myself a cup of tea.

My blood tests were going up in hundreds each day which was very scary. I did not know what was happening but knew something was very wrong with me.

Doctors could not tell me what was wrong with me but just kept on doing more blood tests, right up to January 2018 where I was that ill I looked like something out of a horror film, and was rushed into hospital. As soon as I arrived I was taken on a ward, and nurses were trying to find a vein to take blood from, but everything was shutting down, I really thought I was going to die, I could not even walk.

I was in hospital for over a week, and while there I was given lots of different treatments including steroids through a drip and steroid tablets.

Two days after I was admitted, my consultant came to me and told me I was very very lucky to be alive because my blood count at this time was nearly 2,000, and should only be around 50 to 100 at most.

He also told me if I had been another day, then I may have died.

I could not believe how the doctors had let me down, and nearly cost me my life, and I feel like they should have sent me to hospital a lot sooner.

"I'd never heard of autoimmune hepatitis"

After three days in hospital, my consultant finally had found out what was wrong with me, and he told me I had autoimmune hepatitis.

I had never heard of it, but the consultant told me it is a rare autoimmune problem that effects the liver, and that they would do everything they could to help me.

After I was discharged from hospital, I had to take a lot of medication for the rest of the year, and I am still under the liver clinic at Hull Royal.

I am doing well at the moment, and do not have to take any medication at this moment in time, but still get tired easily, and if I get a cold it is more like flu, and my immune system is now very weak, so have to be very careful not to get any infections. I am also now allergic to lots of different medications, which I was not before, and cannot use any thing with perfume in has my skin blisters up and makes me very ill if I do.

I feel like I have had a second chance at life and see life very differently, and feel very lucky to be alive. 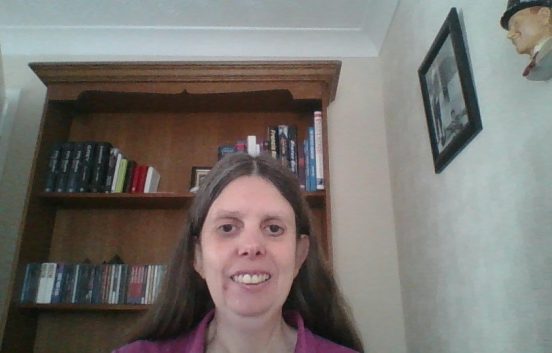