Georgina’s story: “Thanks to the help and guidance from the British Liver Trust my son copes better, because he has a better knowledge of what is happening and why.”

Georgina’s son Steve developed hepatic encephalopathy (HE), due to chronic liver disease. HE refers to changes in the brain, which can result in personality and mood changes. Here she shares the story.

My youngest son Steve has liver disease and as a result developed hepatic encephalopathy (HE). I had never heard of HE before and only found out that my son had it when it completely changed his behaviour.

The nightmare began at the end of December 2019 when he was very ill. He became verbally aggressive to me all the time and refused to eat or drink. This was not my son. Because he was so aggressive, so unlike him, life was hell for me. We are normally such good pals and a complete "double act" sparing off each other and laughing so much together. I struggled to cope with Steve’s ill health and the change in his behaviour. An alien person seemed to have taken over my fun-loving son.

I usually spend almost two weeks with him at Christmas but those two weeks turned into eight weeks because he was so ill and had to go into hospital. For the first five days of his admission, I was repeatedly told that he would not live to go home as his liver was so severely damaged. He was totally unaware that he was in hospital and cannot remember anything about that time. Even then I was totally unaware that he had HE.

Thankfully, Steve survived, but he was still so unpleasant towards me. It was heart-breaking because I was totally at a loss to know what to do to ease the situation. The nursing staff did keep me well informed about his general condition and his care was excellent, but they did not have to endure the unpleasant behaviour that I did, so HE was never mentioned.

After his discharge from hospital and my return home, the unpleasantness continued for a while when we contacted each other daily. I took it in my stride because he was still alive. Then Steve joined a British Liver Trust online support group, and that is when we really started to learn about HE and our closeness started to return slowly. I know now that Steve had no idea of his behaviour towards me, and he is appalled that he was like that. I haven't told him everything because it would only upset him more, no purpose can be served going back to those times. I had no idea why he was the way he was either until he joined the British Liver Trust support groups. It has been a long hard path we have both trodden to get to where we are today in our relationship.

I am eternally grateful to the British Liver Trust because they have been Steve's saviours. He now has such a wealth of knowledge now about all his health problems resulting from his damaged liver, and whenever he learns something new he tells me about it. He has learned to cope with his HE, but it almost cost us our close relationship. My advice to anyone else going through what I went through is to hang on in there, because it does get better eventually. It is a cruel and at times debilitating condition.

A lot more needs to be told to patients and close family about HE. Steve still suffers some bad days and does struggle, but thanks to the help and guidance from the British Liver Trust he copes better, because he has a better knowledge of what is happening and why. Our daily phone calls are now filled with laughter, leg-pulling (of me of course) and his silly jokes.

I’d like to say thank you to the British Liver Trust because you have not only helped Steve to understand his health problems and given him a purpose, you have certainly helped me understand Steve and his condition. 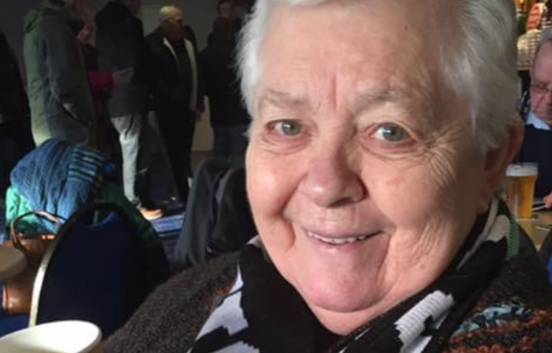