Faye and Nina's story: "Our hearts go out to anyone living with or caring for someone with HE." - British Liver Trust

Faye and Nina’s story: “Our hearts go out to anyone living with or caring for someone with HE.”

Faye and Nina had never heard of hepatic encephalopathy (HE) before their mum, Pauline, was diagnosed.

Looking back now and knowing what we know now, the signs were there.

Our mum was diagnosed with cirrhosis of the liver in 2016. She had always had a glass of wine or two after work as far back as I remember but when she retired and her marriage broke down, these glasses turned into a lot more. Never spirits, always wine.

Mum stopped drinking for a few years after I anonymously informed the GP I was worried. Everything then happened very quickly and she was diagnosed with cirrhosis and told she must give up drinking before it was too late.

After three years of no drinking it slowly crept back in. She was under the impression that low-alcohol wine would be okay watered down and was in total denial no matter what we did or said. We constantly argued and tried to make her see sense. Mum's behaviour was intermittent and she could sometimes say very nasty and hurtful things. Her memory seemed to be going and comprehension to understand simple tasks had changed.

She was admitted into hospital with breathing difficulties on 24th June 2021 . This turned into a slight heart problem and blood thinners were prescribed. This then caused a GI bleed which caused her liver to go into decomposition.

Within a week our mum went from being in hospital with a minor problem, living a normal life, to not knowing who we were and totally losing her mind and identity. We heard the words hepatic encephalopathy for the first time on 4th July that year, and two days later my mum slipped into a coma. She was then put on a ventilator and sedated. They took away all the sedation and our mum never woke up.

Devastatingly, she passed away on 13th July aged 72 - we were unprepared and felt our last week with mum was snatched away due to this horrible illness.

For an illness we had never heard of we have now learnt so much. All a little bit too late for us unfortunately. Looking back now and knowing what we know now, the signs were there: behaviour and personality changes; confusion and forgetfulness; being unable to do simple tasks.

Although we now know these signs all point to HE, something we had never even heard of, they were minor. We are so shocked at what happened so quickly. It is so very sad and our hearts go out to everyone either living with or caring for someone with HE. 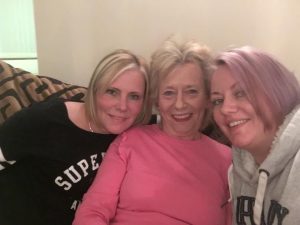 Faye and Nina with their mum 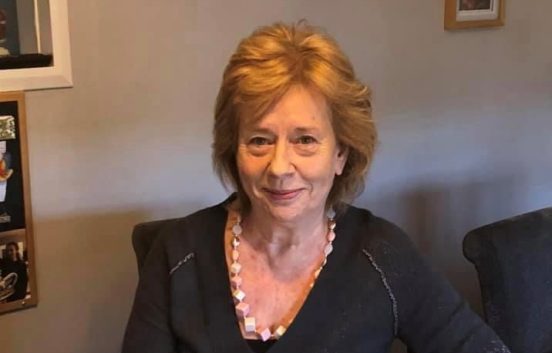