The British Liver Trust's virtual support groups have been useful to me.

In September 2020, I was feeling more lethargic and less able to tolerate food. My health has always been good overall, no significant medical history.

My urine became dark and coffee-coloured. I had strange sensations in my upper abdomen and an unusual heavy feeling. I was now getting worried.

I called my GP practice and got an answer: "No appointments for a week".  At the same time, I was very nauseous. I called 111, a doctor rang me back, I was told I needed to get to A&E.

My bloods were taken. I was shocked that my ALT was more than 4,000. I can’t remember what the bilirubin levels were, but they were not good.

I was admitted to hospital and I was scared. I spent three weeks there, blood test after blood test. I was told that the bilirubin kept creeping upwards. During those three weeks, I became more jaundiced, lost 12lbs in weight, and fatigued. A biopsy was done and I started on 40mg of prednisolone. The next two months were tough: insomnia, mood swings, fatigue, I could go on. My jaundice disappeared after four weeks, after starting prednisolone.

I am now being treated for autoimmune hepatitis (AIH). I'd never heard of it before. I was told later that the specialists were worried that I was going into liver failure. That upset me. Little by little, prednisolone doses were reduced, and I started on azathioprine. My sleep started to normalise and I gained the weight I lost.

Seven months on, I’m living a relatively normal life again and in remission. My bloods are completely normal. I’ve been lucky.

The British Liver Trust's virtual support groups have been useful to me. There is no history of autoimmune illnesses in the family, so I am perplexed as to how I got it.

I want to support the British Liver Trust for my birthday. Having gone through a horrendous and frightening time, I want more awareness of liver disease and to change the stigma that it’s solely caused by excessive alcohol intake as portrayed in soap operas. 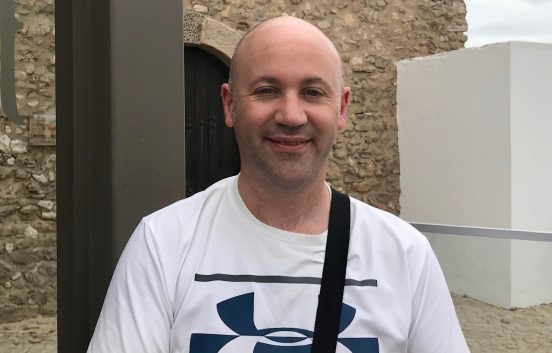