Clare's story: "The doctor thought it was all in my mind" - British Liver Trust

Clare’s story: “The doctor thought it was all in my mind”

Clare had a very long journey before she was finally diagnosed with autoimmune hepatitis. She is kindly supporting the Sound The Alarm campaign for earlier diagnosis of liver disease. Thank you Clare.

It took a long time to diagnose AIH.

It started before Christmas 2013 with nausea and weakness. I was unable to deal with Christmas, the presents or cooking dinner. On the morning of 4th January 2014, our 40th Wedding Anniversary, I was sick. I went to the celebrations despite feeling unwell and unable to eat.

On 12th January I awoke slightly jaundiced and passing dark brown urine. I saw the GP who examined me and diagnosed Obstructive Jaundice; I was sent for a blood test and an ultrasound scan. I had to wait a week for the scan, which was painful.

Unable to wait two weeks for the result I saw another GP the next day who felt my liver, it was swollen. He sent me to the EAU where I was tested for viruses, Hep A etc., bacteria and HIV. They asked if I had made a will. I was sent home, as they had found nothing.

My ALT had gone down from 2,600; they thought I was getting better. I still felt very ill and could hardly eat.  A follow up appointment confirmed there were no viruses and liver enzymes were going down although my bilirubin was still high. I was “getting better” they thought I had had a gallstone. They found too much calcium in my blood but didn’t treat it. Eventually I had a parathyroidectomy done privately and felt quite a lot better for a while. I also had a DEXA Scan and was found to have osteoporosis.

I got worse again, feeling continually sick; my husband took me to A&E numerous times. I had my bloods taken and was sent home.  On the morning of 7th Feb 2014 I had a home visit, I felt too ill to go anywhere. The doctor said I was better off at home because of the risk of infection in hospital.

Next morning I couldn’t stop drinking water, I then vomited it all up. An out of hours doctor sent me to hospital. There I had a chest X-Ray, an ultrasound scan, a CT scan and eventually a gastroscopy. Afterwards I was sent home feeling ill. The follow-up appointment with a surgeon showed a gallstone. I saw the anaesthetist a number of times. He was becoming increasingly worried about operating because I have asthma and was getting weaker and needed a wheelchair to reach my appointments. At the next appointment the stone wasn’t there. Was it was someone else’s scan?

2016 I had another gastroscopy, a hiatus hernia, gastritis, and the possible remains of two peptic ulcers were found. My ALT continued to go up and down. A dietician was seeing me in a local hospital, as I could hardly eat. She put me on Fresubin because I was losing weight.

The doctor seeing me there thought it was all in my mind. I was on tablets for anxiety and depression. I became scared of being left on my own and begged my husband not to go out. By June I was shaking and staying in bed. The GP put me on an antipsychotic. It stopped the shaking, but left me like a zombie. The GP agreed I should stop. Continual blood tests were done, LFTs went up and down.

2017 started reasonably. They were still thinking of removing the gallbladder. By April my ALT had gone up to 700. Jaundiced again, the hospital doctor who saw me locally admitted me to hospital they stopped my antidepressants. I had an MRI scan, an ERCP with sphincterotomy and was discharged on 4th May. I was readmitted several times between May and July, during which time I had a painful liver biopsy, afterwards I had a vasovagal incident and was in recovery some hours. On 22nd June I was diagnosed with autoimmune hepatitis (AIH).

Next day I had a psychotic episode and I was taken from home by ambulance, sectioned under the Mental Health Act and put in a secure unit.

Not eating, weighing 42.8kg I was re-admitted on 2nd July to the main hospital with sepsis again. Once better returning to the secure unit I was still having psychotic episodes. It improved as the dose of steroids was reduced and immunosuppresants introduced. It hasn’t returned. Near the end of July my liver was getting better and I was starting to eat properly; I was allowed to go home at the start of September weighing 47.8kg.

I continue with blood tests, follow-ups and scans. I'm now under the care of another consultant at a different hospital as my doctor left. My life saved, for which I am grateful, it took a long time to diagnose AIH.

This badly affected my family who were worried, AIH being partly genetic my children, thought they could contract it.

I have since been told I have cirrhosis but that my liver is stable. I do feel however, whether rightly or wrongly, that I should have been thoroughly investigated the first time I was jaundiced.  Maybe, just maybe, cirrhosis could have been prevented. 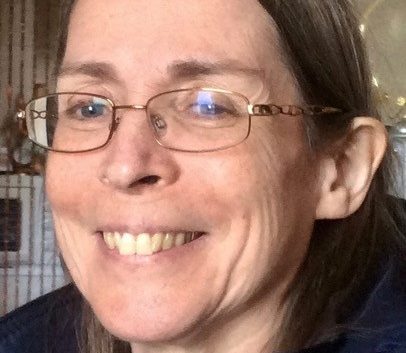