One in ten adults in the UK suffer from gallstones.  Gallstones are lumps of solid material that form in the gallbladder, which is connected to the intestine and liver by small tubes called bile ducts.

Bile ducts allow bile, a fluid that helps with digestion, to flow from the liver, through the pancreas, to the gut.

Gallstones usually look like small stones or gravel, but can be as small as sand or as large as pebbles, sometimes filling the gallbladder. They may take years to grow and there may be one or several.

The gallbladder is a small, pear-shaped pouch about three to six inches long. It is tucked just under the liver, below the right rib cage and is connected to the intestine and liver by small tubes called bile ducts.  Bile ducts carry bile, a yellow-green fluid produced by your liver. Bile contains water, cholesterol, phospholipids and chemicals to aid digestion (bile acids), as well as waste products for excretion via the bowel, such as bilirubin.

2. Gallstones are more common in women

Gallstones are very common, particularly in women. About one in four women and one in eight men develop gallstones at some stage in their life.

3. Cholesterol is the main cause of gallstones

Not everyone with high cholesterol levels in their bile develops gallstones, it is not fully understood why some people have them and others don’t.

4. An ultrasound can spot gallstones

Most stones within the gallbladder can be clearly seen on an ultrasound scanner. An ultrasound scan is a routine procedure; the same technology is used in pregnancy. It is usually performed in the X-ray department of the hospital or in an outpatient’s clinic.

5. Sometimes gallstones do not require any treatment

If gallstones have been discovered incidentally and are not troublesome, it is often recommended to leave them alone. In this case, your doctor may want to adopt a ‘watchful waiting’ policy, which means your symptoms will be monitored to see if they progress before treatment is considered.

Waiting to see if further symptoms develop is quite common and safe but you should look out for any deterioration in your condition and report any symptoms to your GP. If your symptoms persist, your doctor will recommend that you are referred for treatment.

To find out more about the causes, symptoms, diagnosis and treatment of gallstones, please visit our gallstones page here. 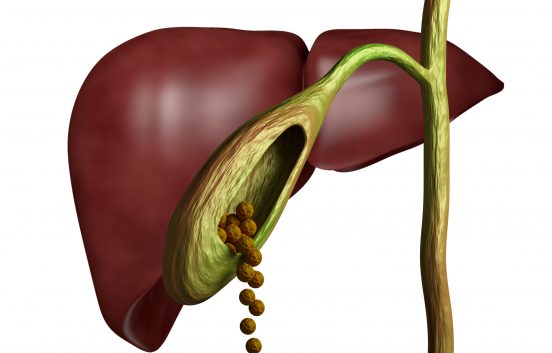