Weight revealed as the UK’s most common form of discrimination

New research reveals that more than four in five UK adults believe people with obesity are viewed negatively because of their weight and 62% Britons think people are likely to discriminate against someone who is overweight. This is higher than other forms of discrimination, including ethnic background (60%), sexual orientation (56%) or gender (40%).

The findings show that people with obesity experience stigma and discrimination across all aspects of their live. Nearly half of UK adults living with obesity have felt judged because of their weight in clothes shops or in social situations and, worryingly, in areas where they might be seeking help for their condition, such as healthcare settings (45%) and gyms (32%).

Commenting on the results, Vanessa Hebditch from the British Liver Trust said “Being overweight is a major cause of liver disease and one third of UK adults are now overweight or obese. However, we need to recognise that this is a problem of our environment more than individual willpower and stop stigmatising people. This only hinders their attempts to seek help. Government and policy makers  should also take urgent steps to comprehensively tackle this epidemic by addressing labelling and marketing and improving education and awareness."

Weight stigma is also felt online. Around one in four people with obesity (23%) have felt judged online because of their weight. A separate analysis by the World Obesity Federation has found nearly 10,000 tweets with stigmatising language on social media since January 2018, which include body shaming and abuse.

The impact of weight stigma and discrimination is far-reaching. It can damage career prospects, with a quarter (25%) of UK adults surveyed admitting that out of two equally qualified candidates they would appoint the one with a healthy weight over a candidate with obesity. Stigma also has physical and mental health consequences: it’s been found to deter people from seeking medical care and can lead to social isolation.

In terms of what influences weight stigma, World Obesity believes the media have a pivotal role to play. More than half of UK adults think the news media (56%) and popular media (61%), such as TV and magazines, worsen the public’s opinion of people with obesity. The World Obesity Federation has also published a report – based on research published in Clinical Obesity – highlighting the prevalence of negative images and language used when reporting on obesity in online media.

In light of the findings, World Obesity is calling out examples of discrimination in a bid to #endweightstigma this World Obesity Day, arguing that stigmatising people with obesity affects their life chances and physical and mental health whilst ignoring the multiple and complex causes that lead to obesity.

“Weight discrimination is rife in modern Britain. People are being blamed for obesity, but decades of public health research show that obesity is complex and there are multiple causes. Despite this, society at large continues to treat people with obesity unfairly. Stigmatising obesity undermines people’s health and makes it harder to seek support. It’s time this ended.

“This World Obesity Day we’re calling on the media to reshape the narrative around obesity and for social media companies to clamp down on weight abuse online. Changing the narrative around diseases and conditions can transform public perceptions and improve quality of life and outcomes for patients.  As obesity rates continue to rise, we’re also appealing to the General Medical Council and education providers to improve patient management training in medical schools, as people with obesity are often dismissed by their healthcare professional because of their weight without being properly diagnosed.”

Dr Tedros Adhanom Ghebreyesus, WHO Director-General, said: “Everyone has the right to a healthy life in a world where healthy choices are easy to make. Sadly in our modern world, consuming a healthy diet and enjoying an active lifestyle is often hard. For many people, this translates to obesity and ill health.

“But governments can address this. Making healthy food easily available in communities, workplaces and schools is essential to protecting people from obesity. Restricting marketing of unhealthy food and beverages to children, taxing sugary drinks, and banning industrial trans-fat in foods attacks the main drivers of obesity. Providing more opportunities for active transport and leisure is essential to promoting better health.”

You can read the full report here 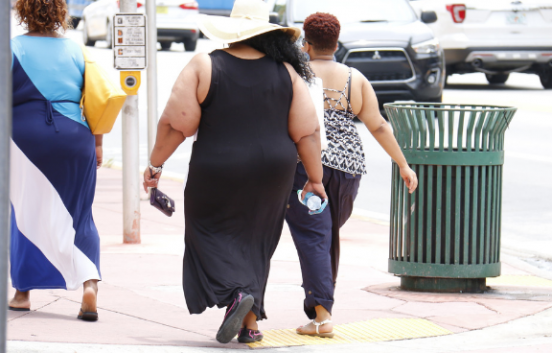