The British Liver Trust, as part of the Less Survivable Cancers Taskforce (LSCT), has released has new data that shows that awareness of the symptoms of the deadliest cancers is as low as 4% in the UK.

The LSCT represents six less survivable cancers, lung, liver, brain, oesophageal, pancreatic and stomach, with an average five-year survival rate of just 16% due to a legacy of neglect and underfunding. Together, these ‘less survivable cancers’ make up half of all common cancer deaths in the UK. [1]

The results of the UK-wide survey, which are being shared on World Cancer Day, show that only 4% of people were able to correctly identify all symptoms of pancreatic cancer from a list presented to them. Symptoms awareness for liver cancer fared slightly better at 5% while 10% of respondents knew all the symptoms of stomach cancer, 11% oesophageal cancer and awareness of lung cancer and brain tumours was 21% and 37% respectively. Knowledge of symptoms was shown to be particularly poor among younger adults with 18-24 year olds having the lowest awareness score across all six cancers.

The data shows that, as well as a low awareness of symptoms, people in the UK are much less likely to seek medical advice from their GP or hospital when compared to before the Covid-19 pandemic [2]. The main reasons given for this increased reluctance was not wanting to burden the NHS (48%) and being worried about being exposed to the virus (44%).

Around one third of patients with a less survivable cancer will only be diagnosed after an emergency admission to hospital after symptoms may have become more extreme [3]. This delay accounts, in part, for the catastrophic prognoses for thousands of people each year. For other common cancers, the proportion diagnosed at such a late stage is just 15% and the average five-year survival rate is markedly higher at 69%.[4]

“It’s very concerning that this new data shows that public awareness of the symptoms of less survivable cancers is still dangerously low. All too often this contributes to a late diagnosis and a tragic reduction in life expectancy.

“It’s equally troubling to see that the coronavirus pandemic has caused a significant reduction in people who would seek help for symptoms of these cancers and exacerbated an already critical situation.

“It’s undeniable that the NHS is under huge pressure but it’s essential that people do not put off seeking medical advice if they have symptoms of less survivable cancers. Early diagnosis of these cancers is crucial so the first step is making sure people are aware of the symptoms and seek medical help as soon as possible if they have any concerns.

“Typical symptoms vary depending on the cancer but key red flags could include any of the following; indigestion, abdominal pain, unexplained weight loss, a loss of appetite, difficulty swallowing, a persistent cough, unexplained tiredness, headaches or nausea. The key message is to seek medical help swiftly if you notice anything is unusual for you.”

[1] Over 90,000 people will be diagnosed with either lung, liver, brain, stomach, pancreatic and oesophageal cancer in the UK each year. These six cancers account for 67,000 deaths a year – around a half of all cancer deaths. Figures are for 2015-17, compiled from Cancer Research UK: https://www.cancerresearchuk.org/health-professional/cancer-statistics/statistics-by-cancer-type

[2] The percentage of people who would seek medical help for Less Survivable Cancer symptoms has dropped from 69% to 59% since the start of the pandemic. See full data here.

[3] Data compiled and analysed after http://www.ncin.org.uk/publications/routes_to_diagnosis for England 2015 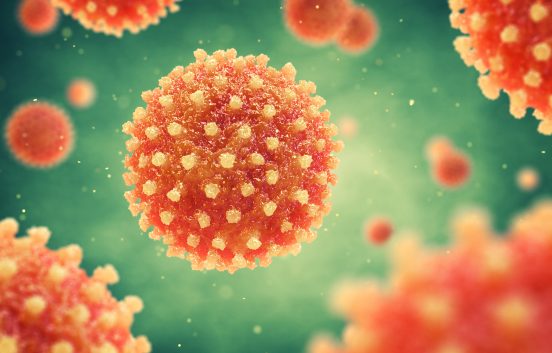