A new report issued today by the UK Health Security Agency has revealed that there has been considerable progress in eliminating hepatitis C as a public health problem in England, with deaths from the virus falling by 35% between 2015 and 2020.  The number of people with chronic hepatitis C has also declined to approximately 81,000 in 2020 (compared to 129,000 in 2015) – a 37% fall in the general population.

Pamela Healy, Chief Executive of the British Liver Trust said, “There is now an effective cure for everyone living with hepatitis C and the significant decline in deaths and cases is encouraging.

“The challenge now is for us to find the thousands who are currently undiagnosed. Our message is if you have ever dabbled with drugs (even when you were much younger), practiced unsafe sex or had a tattoo while travelling abroad please get yourself tested just to make sure – the virus has no symptoms in the early stages.

“Just as importantly, if we are to meet the World Health Organisations target of elimination by 2030, we need urgent action to tackle the drug problem in the UK so that new people do not become infected.”

Modelling indicates that, of the 81,000 people estimated to have this chronic infection in England, around:

Hepatitis C virus (HCV) is a bloodborne virus that can cause life-threatening liver disease, including cancer.  However, those infected often have no symptoms until many years later when their liver has been badly damaged.  When symptoms do occur, they can often be non-specific, like tiredness or loss of appetite, and be dismissed or mistaken for other conditions.

Andrew, 47 years old, a former hepatitis C patient based in Scotland: “I was surprised to learn that I had hepatitis C.  I got tested a couple of times before and was negative. I learned about it by chance.  I was in the hospital on an unrelated matter and got blood taken, and my liver results were a bit abnormal.  I got my drugs worker to test me and I found out that I was positive for hepatitis C.  I was devastated.  I even thought that I was going to die.  Luckily, the modern treatment is superb.

“I started my course of tablets immediately after learning that I’d got hepatitis C, and when I got tested again in 12 weeks, to my relief, I’d been cured.  To anyone in a similar situation, get tested. Do it to get that piece of mind for yourself.”

Dr Helen Harris, Clinical Scientist at the UK Health Security Agency, said: “In England, we are on our way to eliminating hepatitis C as the number of deaths continue to decline, and direct acting antiviral drugs are available that will clear the virus in around 95% of people who complete treatment.

You can also find out if you are at risk by taking online quiz -  visit www.britishlivertrust.org.uk/screener.” 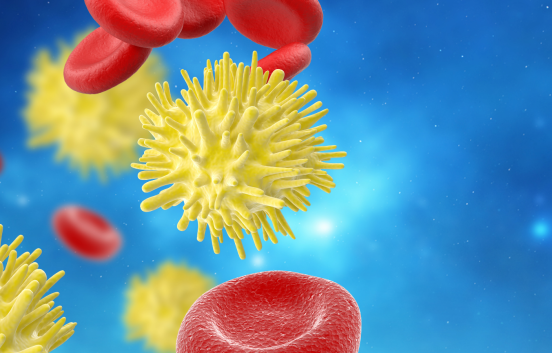