New research by Professor Nick Sheron of the Foundation for Liver Research and supported by the British Liver Trust has shown that results of blood tests routinely performed by GPs everywhere contain a hidden fingerprint that can identify people silently developing potentially fatal liver cirrhosis.

The researchers have developed an algorithm to detect this fingerprint that could be freely installed on any clinical computer, making this a low-cost way for GPs to carry out large scale screening using patient data they already hold.

Pamela Healy OBE, Chief Executive of the British Liver Trust said, “The UK is facing a liver disease crisis. Three quarters of people are diagnosed at a late stage when it is often too late for treatment of intervention yet liver disease does not get the same attention as the other major killers such as heart disease and diabetes. We are delighted to support this important study that could dramatically improve early detection rates. The challenge now is to ensure that early detection is embedded in NHS practice.”

Liver cirrhosis is the second leading disease causing premature death in working-age people (after heart disease). It develops silently and most patients will have no signs or symptoms until they experience a serious medical emergency and the first admission is fatal in one in three patients. Unlike most major diseases, the mortality rate for liver cirrhosis continues to increase and is now four times higher than forty years ago.

In this new study, published in the journal BMJ Open, a team of researchers developed the CIRRUS algorithm (CIRRhosis Using Standard tests) which they then used to analyse anonymised NHS data on blood test results taken in primary and secondary care for nearly 600,000 patients.

The algorithm was able to pick up over 70% of people with cirrhosis, months or years before they had their first emergency admission with liver disease. The accuracy rate of the test was around 90%.

The research was led by Professor Nick Sheron of the Foundation for Liver Research, who started the study whilst working at the University of Southampton. Prof Sheron said:

“More than 80% of liver cirrhosis deaths are linked to alcohol or obesity, and are potentially preventable. However, the process of developing liver cirrhosis is silent and often completely unsuspected by GPs. In 90% of these patients, the liver blood test that is performed is normal, and so liver disease is often excluded. This new  CIRRUS algorithm can find a fingerprint for cirrhosis in the common blood tests done routinely by GPs. In most cases the data needed to find these patients already exists and we could give patients the information they need to change their lifestyle. Even at this late stage, if people address the cause by stopping drinking alcohol or reducing their weight, the liver can still recover.”

Co-author Michael Moore, Professor of Primary Health Care Research at the University of Southampton added, “Whilst we are all preoccupied with the coronavirus pandemic we must not lose sight of other potentially preventable causes of death and serious illness. This test using routine blood test data available, gives us the opportunity to pick up serious liver disease earlier which might prevent future emergency admission to hospital and serious ill health.”

If implemented, the research team believe that the algorithm could be used in two ways. Firstly, incorporating it within existing GP systems could flag up warnings on an individual basis as tests are carried out. Secondly, a scan could be run across all patient data and those identified as being at risk would be invited back to the surgery for a confirmatory test.

Teresa Hydes from the University of Southampton who was also part of the research team added, “This test is free in many cases as a large proportion of UK adults will have already had a blood test at some point which would provide enough data to run the CIRRUS algorithm.

“The algorithm is freely available to GP practices or networks to install and therefore offers a low cost way to identify at risk individuals without using up limited NHS time and resources.”

Professor Sheron concluded, “Liver cirrhosis is a silent killer, the tests used most by GPs are not picking up the right people, and too many people are dying preventable deaths. We looked at half a million anonymous records and the data we needed to run CIRRUS was already there in 96% of the people who went on to have a first liver admission. With just a small change in the way we handle this data it should be possible to intervene in time to prevent many of these unnecessary deaths.”

You can read more about the study on the BMJ website. 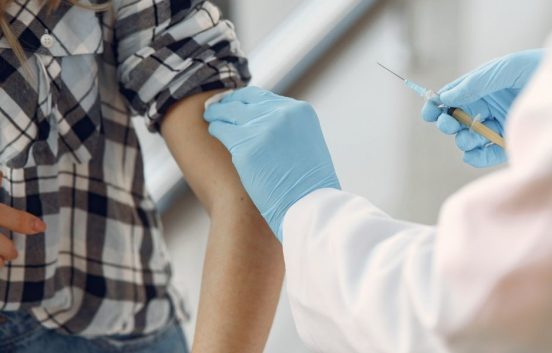