The British Liver Trust, working in partnership with the Foundation for Liver Research, has been  meeting MPs to raise awareness of liver disease and liver cancer. We have been  building relationships and developing the membership of the All-Party Parliamentary Group (APPG) on Liver Disease and Liver Cancer. We’ve received a great response from MPs with Sir David Amess MP and Wayne David MP agreeing to co-chair the newly formed APPG which will be launched on 20 October. 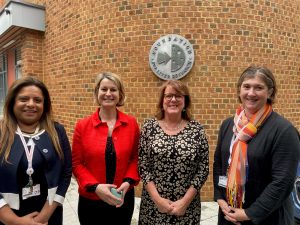 Helen Hayes MP meets our Director of Policy and our colleagues from the Foundation for Liver Research who we are working in partnership with to raise awareness of liver disease in parliament.

Our joint outreach programme commenced in August with a mailing to the first cohort of around 170 MPs and Peers. Meetings have already been held with Sir David Amess MP and Wayne David, who have agreed to co-chair the new APPG. We’ve also met  Craig Mackinlay MP, who is supporting our Love Your Liver Roadshow visit to South Thanet in November. Other key first outreach meetings that have been held include Margaret Ferrier MP, Bell Ribeiro-Addy MP, Siobhain McDonagh MP, Flick Drummond MP and Helen Hayes MP. MPs were highly supportive of our work and campaigns and will join the new APPG. Wayne David has written to Baroness Morgan, Minister for Health in Wales, to recommend meeting the team and is also keen to promote the success of primary care liver disease pathways in Wales more widely. Margaret Ferrier, Bell Ribeiro-Addy, Siobhain McDonagh and Wayne David will raise questions with the Health Secretary in the Commons.

Further meetings have been arranged with other MPs over the next few months.

The British Liver Trust will launch the APPG on Liver Disease and Liver Cancer on the 20 October 2021 at 5pm in Parliament, Portcullis House Room M. A work programme will be developed for 2022 and we are likely to look at areas such as early diagnosis, regional variation and workforce to align with the work of the UK Liver Alliance and ensure consistency of messaging.

The APPG will provide a mechanism to raise issues in parliamentary debates, submit PQs, bill amendments and publish reports. The APPG will also support our ‘making early diagnosis routine’ campaign.

The British Liver Trust will launch ‘Sound the Alarm on liver disease in Wales: A call to action’ at a virtual Senedd event on the 19 October at 10:30am. The policy booklet, written in partnership with Dr Andrew Yeoman and with inputs from Dr Tom Pembroke, sets out our ten key policy calls and provided the first touchpoint of engagement with the members of the Sixth Senedd since the May election.

The British Liver Trust attended a Wales Cancer Alliance meeting with Baroness Morgan in August, her first engagement with the group in the new Senedd. The meeting provided an opportunity to highlight the success of Wales’ primary care pathways for the detection of liver disease, while raising our concerns around not losing momentum as we move from the ‘Liver Disease Delivery Plan’ 2015 – April 2022 to a Liver Disease Quality Statement approach. The Quality Statements will replace a number of disease specific delivery plans with a less prescriptive approach. Baroness Morgan was clear she plans to set ambitious targets in the Quality Statements and will hold Health Boards to account. 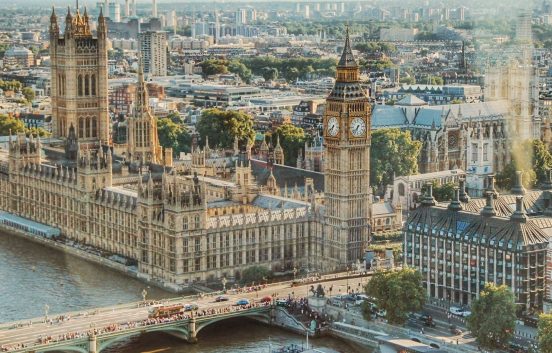