We know that people who live in these areas are six times more likely to die from alcohol-related liver disease than those who live in wealthier parts of the country.

Whilst it is widely known that public health services across the country have faced cuts, new IPPR research today reveals that it is the most deprived communities in England have faced the most substantial cuts. Analysis of the latest local government data shows overall expenditure on public health services – like sexual health, drug, alcohol and tobacco services – has dropped by almost £900 million.

Pamela Healy, chief excecutive at the British Liver Trust said: "To hear that areas with the most deprivation are being hit the hardest by public health cuts is highly alarming.  We know that people who live in these areas are six times more likely to die from alcohol-related liver disease than those who live in wealthier parts of the country.

"It is therefore vital that services aimed at tackling alcohol misuse are accessible to the most vulnerable.  Ultimately work to tackle public health will save the NHS money."

The most deprived areas have faced a disproportionate burden of these cuts, despite having the greatest public health need. This unequal distribution means that:
• More than £1 in every £7 that has been cut from public health services has come from the ten most deprived communities in England.
• In the ten least deprived communities in England only £1 in every £46 has been cut.
• In total, absolute cuts faced by the poorest areas (£120 million) have been six times larger than the least deprived (£20 million).
Public health services provide vital advice, information and check-ups which are key to preventing people falling seriously ill or suffering from long term conditions. Public health programmes aimed at tackling drug and alcohol abuse, smoking, obesity and improving sexual health are particularly relied upon by vulnerable communities, yet these communities have faced the greatest cuts, according to IPPR.

The briefing paper argues that public health initiatives also cut NHS costs and can boost the economy more broadly. Preventing people falling ill in the first place is far more cost effective than treating illness and lengthy hospital stays. Additionally, the longer people remain healthy, the longer they are able to contribute to the economy.

Yet the poorest communities, and the people who live in them, are losing the very services that maintain health, deliver health service savings and tackle health inequalities.

The IPPR briefing calls for a fairer funding settlement for local authorities, so they can provide vital public health and wellbeing services based on their communities’ needs. The briefing urges the next government to adopt the following recommendations:

• Reverse cuts – The cuts currently restricting public health provision should be ended. Reversing cuts since 2014 and linking rises in the public health budget to rises in the NHS budget (3.1% per year until 2023/4), would put public health on a significantly more sustainable footing. It would make £1 billion more available for public health services by 2023.
• Reform the funding formula – The mechanism used to decide the allocation of government money that has resulted in the poorest areas facing disproportionate cuts must be reversed. The formula should be designed to target funding at deprived communities with the greatest public health need.

The current government’s plan to for a one-off public health funding increase of 1 per cent would do little to restore services after years of austerity, according to the analysis. If the 1 per cent rise were to be repeated annually it would still take until 2027 to return funding to 2014 levels, and in 2023 would remain over £600 million short of the funding IPPR have previously calculated as a minimum necessary uplift.

Chris Thomas, IPPR Research Fellow, said: "Austerity has meant substantial cuts to local government funding, including the public health budget. Today, we expose that these cuts have had the perverse effect of hitting
the poorest, the hardest. This means the health and wellbeing of the most vulnerable people in our country has been put at risk – and puts unnecessary strain on the NHS. Government must ensure our health and wellbeing by investing in a fairer deal for local government.”

Shirley Cramer CBE, Chief Executive of the Royal Society for Public Health, said “This important new research from IPPR confirms what we have always feared: that the continued cuts in public health and local government funding are being most sharply felt in some of our most deprived communities. The analysis suggests that such cuts limit
access to vital services for the most vulnerable, potentially fuel the rise in preventable diseases, and ultimately compound already unacceptable health inequalities.

“RSPH have long argued that cuts to public health funding are short sighted. Heading into a general election, we hope all Political Parties take notice of this work and commit to the £1 billion of investment missing in the public’s health.” 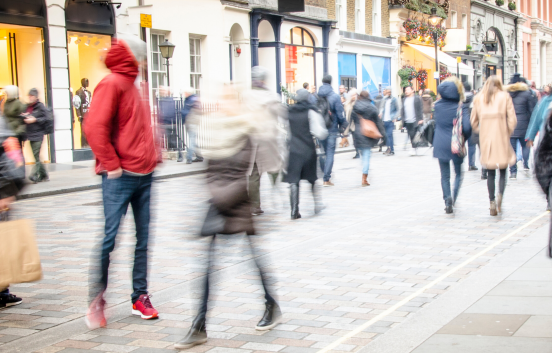