Public Health England and NHS England are working to find thousands of people living with hep C, offering them new treatments that, in most cases, cure the illness.

Public Health England (PHE) and NHS England have launched a national exercise to identify and treat patients who have been previously diagnosed with hepatitis C.

In recent years new, potentially curative treatments have been developed for hepatitis C, but tens of thousands of people who were diagnosed in the past may not have accessed them.

A new report, the first of its kind, by PHE shows more than 24,500 people in England have accessed new hepatitis C treatments in the last 3 years.

Vanessa Hebditch, Director of Communications and Policy at the British Liver Trust said, “Incredible progress has been made providing patients with better access to the new curative treatments. The key challenge in eliminating the virus is the fact that HCV often has no symptoms in the early stages.  We now need to work together to find those who are unaware they have the virus. Even if you only dabbled in drugs in the distance past we would urge you to get tested. The new cures that are available for hepatitis C are really effective.”

The new report also established that 95% of people who received and completed hepatitis C treatment have been cured of the serious and potentially life-threatening infection in the last 3 years. This is primarily due to effective new direct acting antiviral medication which became available on the NHS in 2015.

This re-engagement exercise will help ensure everything possible is being done to find, treat, and cure those infected and move towards elimination by 2030.

A large majority of those treated (70%) report injecting drugs as their likely risk for acquiring hepatitis C. It is reassuring that treatment is reaching other groups at increased risk of infection, as 11% of those receiving treatment were of Asian ethnicity and almost a third were born outside the UK.

PHE is urging those who may have been at risk of contracting hepatitis C, especially if they have injected drugs, even if only once or in the past, to get tested, as often people with the infection do not have any specific symptoms until their liver has been significantly damaged. Many people do not know they have the infection, and when symptoms do occur they are often mistaken for other conditions, resulting in many people remaining undiagnosed.

Hepatitis C is a serious infection and therefore we are delighted to see that at least 9 in 10 people who have completed treatment in England have now been cured. This is fantastic news, and a step towards eliminating hepatitis as a major public health threat by 2030, as knowing the numbers accessing treatment is vital to tackling this infection.

“We will however continue in our endeavours to find and treat everyone who is living with hepatitis C. If you have been at risk of contracting hepatitis C, particularly through injecting drugs, even if you injected only once or in the past, then I urge you to get tested to see if you would benefit from these new, effective treatments.” 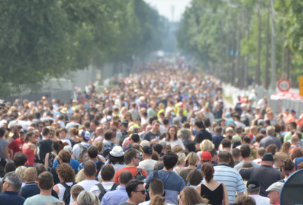