Organ donor law set to be passed in England

The British Liver Trust is delighted to see that plans to change the rules on organ donation consent in England are set to clear their final hurdle in Parliament.

The change, which will come into effect next year, will mean consent for organ donation after death is presumed unless the person has opted-out. The legislation will be known as Max and Keira's Law after a boy who received a heart transplant and the girl who donated it.

There are currently around 9,700 people in the UK who are alive today because they have had a successful liver transplant.

Vanessa Hebditch, Director of Communications and Policy said, “The UK is currently facing an epidemic in liver disease with the numbers affected having increased by more than 400% in the last forty years. Every year hundreds of people die whilst waiting for a liver to become available. The British Liver Trust has been campaigning on this issue for a number of years and we are delighted that England is planning to move to an opt-out system as we believe this will lead to an increase in the numbers of livers that are donated for organ donation. At the moment, we just don’t have enough donors to meet demand.”

The opt-out system will exclude children under 18, individuals who lack the mental capacity to understand the changes and people who have not lived in England for at least 12 months before their death.

Currently, there is a voluntary opt-in scheme. Presumed consent has been operating in Wales since December 2015.

Organ donation consent rates in Wales are now the highest in the UK at 75%.

A voluntary opt-in system still exists in Northern Ireland while the Scottish Parliament is this week considering its own opt-out scheme.

Government ministers argue the change in the rules in England could save up to 700 lives a year by increasing the number of organs available. 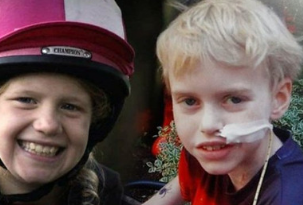