Organ donation and transplantation in islam

A new fatwa (religious edict) has been released today by a leading UK-based Muslim Scholar, clarifying his position on living and deceased organ donation. Three out 10 patients across the UK waiting for an organ transplant are from black, Asian and minority ethnic communities. The British Liver Trust hopes hope that greater understanding of the patient need, aligned with support from Islamic scholars, imams and umbrella organisations for organ donation will lead to more lives being saved through transplantation.

This is not the first fatwa to be published in the UK on organ donation - preceding ones were released in 1995 and 2000. This new fatwa draws upon the four established Sunni schools of Islamic jurisprudence and looks to complement the existing knowledge and serve as a discussion document for Islamic scholars, Imams and Muslim chaplains.

Mufti Mohammed Zubair Butt also covered other forms of donation in his edict reaching the conclusion that it is permitted to donate stem cells from adult tissue, tissue of a minor with parental permission, cord blood, a miscarried foetus, a foetus aborted for a reason valid in sharīʿa, and a surplus embryo incidental to the process of IVF.  However, stem cells obtained through therapeutic cloning are not permitted.

He also concludes that the use of prostheses is permissible.

Mufti Mohammed Zubair Butt’s fatwa is the culmination of several years’ work supported by NHS Blood and Transplant and comes at a crucial time. Following the successful experience in Wales, where consent rates for organ donation have significantly increased after introducing ‘opt out’ in 2015; Jersey (July 2019), England (spring 2020) and Scotland (date TBC) are all working towards implementing an opt out system. Guernsey and the Isle of Man are also looking to introduce new legislation to change to an opt out system.

While people still have a choice whether or not they want to become organ donors in an opt out system, and families will always be consulted, people need to choose whether they want to donate.

We recognise the importance of someone’s faith in their decision making around organ donation and that many people will look to Islamic scholars and imams for their view around whether organ donation is permissible. We also recognise that there a number of different opinions.

We hope that the new fatwa will trigger conversations within the Muslim community, led by Islamic scholars, imams and umbrella organisations around the permissibility of organ donation.

To help with this, NHS Blood and Transplant has added links to the existing UK fatwas on its webpage www.organdonation.nhs.uk/islam. There are also a number of videos involving Mufti Mohammed Zubair Butt, Shaykh Dr Muhammad Mansur Ali and Amjid Ali talking about the new edict, videos of patients from the Muslim community talking about the impact of organ failure on their lives, and video clips from others in the Muslim community.  You can find links to these from the web page above and also in an ‘Organ donation and Islam’ playlist on the NHS organ donation You Tube channel https://www.youtube.com/user/nhsorgandonation 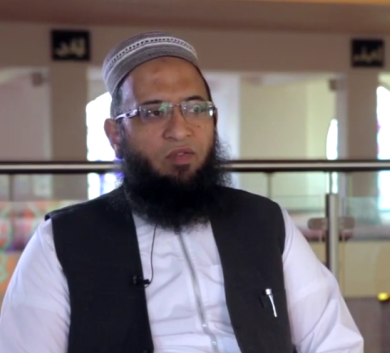