One in five young people in the UK have fatty liver disease, study finds

One in five young people in the UK have fatty liver disease, and one in 40 have already developed liver scarring, research published on 15 January has found.

The study, published in The Lancet Gastroenterology & Hepatology, is the first to attempt to determine the prevalence of fatty liver disease and fibrosis in young healthy adults in the UK.

Fatty liver disease is a condition in which fats build up in the cells of the liver. If left untreated this can lead to fibrosis (scarring of the liver) and, in severe cases, eventually cirrhosis of the liver, which is irreversible.

Participants from the health study - who had previously been assessed for non-alcohol related fatty liver disease (NAFLD) as teenagers - were invited for a liver scan.

Researchers first looked at those participants who did not report harmful alcohol consumption and found that one in five had non-alcoholic fatty liver disease.

On widening the data to include all participants, they again found that over 20 per cent displayed evidence of fatty liver and one in 40 had already developed fibrosis. Those participants who had both fatty liver and harmful alcohol use were at greatest risk of liver scarring.

Pamela Healy OBE, Chief Executive of the British Liver Trust, says: “Our helpline receives a high volume of calls from members of the public about NAFLD.  It’s a condition that’s often found incidentally, when people have a scan for something else.

“In the next decade, experts predict that NAFLD will become the leading cause of late stage liver disease and transplantation.

“In most cases though, NAFLD can be controlled or reversed before it progresses to non-alcoholic steatohepatitis (NASH). That’s why it’s really important that we raise awareness of the disease and encourage people to take steps to improve their overall health, before the condition gets more serious.”

“Our Love Your Liver campaign aims to do just that. This includes improving the public’s understanding of the risks associated with eating foods that are often high in fat or sugar, such as takeaways and fizzy drinks. “

Researchers say their next step will be to take a closer look at how environmental and genetic factors may lead to individuals developing non-alcoholic fatty liver disease earlier in life. 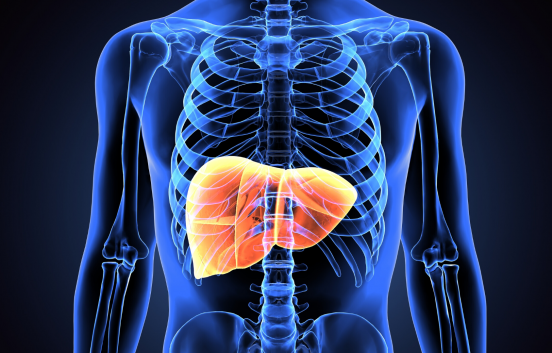 Help us find those at risk Donate now