This is an interesting study that could potentially lead to a breakthrough in the diagnosis and treatment of NAFLD.

A study of 43 patients with non-alcohol related fatty liver disease (NAFLD) revealed that over 60% had an alcohol-producing bacteria in their gut. The same gut bacteria was found in only 6% of the 48 healthy patients who took part in the study, suggesting a link between the presence of this bacteria and NAFLD.

These findings, published in September in the journal Cell Metabolism, could lead to the development of a screening tool to improve early detection and treatment of NAFLD in the future.

Non-alcohol related fatty liver disease (NAFLD) is the build-up of fat in the liver due to factors other than alcohol.  Approximately one in five people in the UK have the early stages of this disease.

The British Liver Trust said: “NAFLD is a serious condition that is more common than people realise and can lead to liver failure, liver cancer and transplants in the future.  This is an interesting study that could potentially lead to a breakthrough in the diagnosis and treatment of the disease.

“While we welcome any research that can improve early detection and treatment, it is vital that we raise awareness of the risk factors that increase the chance of developing fatty liver disease. This is the focus of our Love Your Liver campaign.”

The study was carried out by Capital Insitute of Pediatrics.

"We were surprised that bacteria can produce so much alcohol," says lead author Jing Yuan at Capital Institute of Pediatrics. "When the body is overloaded and can't break down the alcohol produced by these bacteria, you can develop fatty liver disease even if you don't drink."

Yuan and her team discovered the link between gut bacteria and NAFLD when they encountered a patient with severe liver damage and a rare condition called auto-brewery syndrome (ABS). Patients with ABS would become drunk after eating alcohol-free and high-sugar food. The condition has been associated with yeast infection, which can produce alcohol in the gut and lead to intoxication.

"We initially thought it was because of the yeast, but the test result for this patient was negative," Yuan says. "Anti-yeast medicine also didn't work, so we suspected [his disease] might be caused by something else."

By analyzing the patient's feces, the team found he had several strains of the bacteria Klebsiella pneumonia in his gut that produced high levels of alcohol. K. pneumonia is a common type of commensal gut bacteria. Yet, the strains isolated from the patient's gut can generate about four to six times more alcohol than strains found in healthy people.

Moreover, the team sampled the gut microbiota from 43 NAFLD patients and 48 healthy people. They found about 60% of NAFLD patients had high- and medium-alcohol-producing K. pneumonia in their gut, while only 6% of healthy controls carry these strains.

"NAFLD is a heterogenous disease and may have many causes," Yuan says. "Our study shows K. pneumonia is very likely to be one of them. These bacteria damage your liver just like alcohol, except you don't have a choice."

However, it remains unknown why some people have high-alcohol-producing K. pneumonia strain in their gut while others don't.

"It's likely that these particular bacteria enter people's body via some carriers from the environment, like food," says co-author Di Liu at the Chinese Academy of Sciences. "But I don't think the carriers are prevalent -- otherwise we would expect much higher rate of NAFLD. Also, some people may have a gut environment that's more suitable for the growth and colonization of K. pneumonia than others because of their genetics. We don't understand what factors would make someone more susceptible to these particular K. pneumonia, and that's what we want to find out next."

This finding could also help diagnose and treat bacteria-related NAFLD, Yuan says. Because K. pneumonia produce alcohol using sugar, patients who carry these bacteria would have a detectable amount of alcohol in their blood after drinking a simple glucose solution. "In the early stages, fatty liver disease is reversible. If we can identify the cause sooner, we could treat and even prevent liver damage."

"Having these bacteria in your gut means your body is exposed to alcohol constantly," Liu says. "So does being a carrier mean you would have higher alcohol tolerance? I'm genuinely curious!" 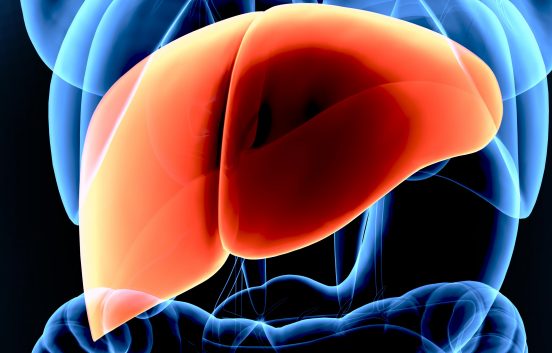