On the 27th of May MPs debated the Government’s 2020 Obesity Strategy. Launched in July 2020. The Strategy commits to reduce population obesity levels through restrictions on the promotion of high fat, salt and sugar foods and drinks, banning ‘junk food’ advertising before 9pm, reviewing calorie labelling on alcoholic drinks and expanding weight management services.

British Liver Trust welcomed the Strategy in 2020 and its acknowledgement that obesity is a risk factor for a range of chronic disease, including liver disease, however, no accompanying steps have been announced to tackle the rise in liver disease.

British Liver Trust and the Foundation for Liver Research briefed MPs ahead of the debate and secured strong coverage around the link between obesity and liver disease. It is an important step in raising the profile of liver disease with political policy-makers and advocating for more effective policies to address the obesity epidemic in the UK.

In partnership with Action for Sugar, Action on Salt, the Obesity Health Alliance and 47 other charities and researchers, British Liver Trust has campaigned for more action to be taken to prevent and treat obesity. The 2020 Obesity Strategy measures, confirmed in the Queen’s Speech last month, show the Government is listening but more still needs to be done to address the UK’s obesity epidemic.

The debate was opened by Health Minister Jo Churchill, who recognised that “Covid has shone a light on why it is more important than ever that we need to get the nation healthy.”

In his opening comments for the Opposition, Labour’s Shadow Health Minister, Alex Norris, highlighted the link between liver disease and obesity. Alex recently launched the Lancet Commission’s Seventh and final Report into Liver Disease with British Liver Trust and the Foundation for Liver Research. The Shadow Minister is aware of the need to address the serious growth in liver disease and how liver health inequalities often mirror underlying social inequality.

Alison Thewliss, Scottish National Party MP, focused her speech solely on obesity and liver disease. She highlighted that “on average 40 people die of liver disease every day.” Alison has personal experience of liver disease. Her husband, Joe, was diagnosed with stage 2 non-alcohol related fatty liver disease in 2019. Alison went on to share their experience, “[s]ince his diagnosis, he has made difficult but necessary changes to his lifestyle; he has lost 22 kg, taken up hillwalking, and has been carefully monitoring his weight, and I am very proud of him.”

Welsh Conservative MP, Alun Cairns, recognised liver disease as a non-communicable disease, which is one a number of diseases that are a long-term consequence of obesity. DUP Spokesperson on Health, Jim Shannon, also identified obesity as one of the three main causes of liver disease.

Pamela Healy OBE, Chief Executive at British Liver Trust said: “Obesity is a rising epidemic in the UK. It is leading to a surge in a number of preventable health problems, including fatty liver disease. The extent of the problem is underestimated. A shocking one in three people, who are overweight or obese, are affected by fatty liver disease, it is much more common than people realise. The Government’s Obesity Strategy is welcomed but more effective policies need to be brought forward to reduce obesity and particularly child obesity.”

Read a transcript of the full debate here. Or watch on Parliamentary TV here (starts at 15:56). 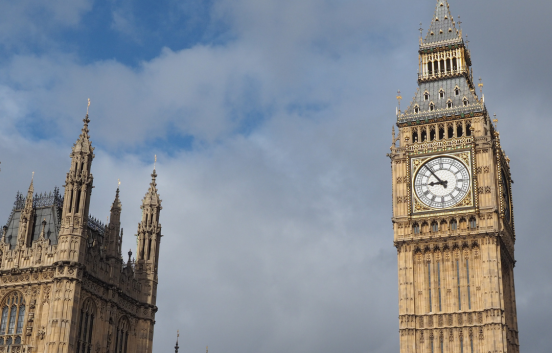