Thursday 19th May 2019 - Evidence released today at the UK’s largest conference for liver experts shows that minimum unit pricing, introduced in Scotland in May 2018, may have had a significant impact amongst Scotland’s heaviest drinkers in Glasgow where there has been a reduction in alcohol-related deaths.

The research being presented at the British Association for the Study of the Liver (BASL) conference in Glasgow has important implications for MUP in England and the rest of the UK.  The key findings are:

Speaking at the BASL event, Dr Ewan Forrest, said when presenting the results:

“Glasgow has always had much higher levels of alcohol-related deaths than other parts of Scotland. This latest information suggests that MUP may be reducing alcohol-related harm in those at highest risk.  More time is needed to assess the effect of MUP on the rest of Scotland and to get a clearer idea as to how MUP might affect the rest of the UK.”

Professor Matthew Cramp, President of BASL adds: “This early evidence suggests that implementing MUP does exactly what it is supposed to – it is a highly targeted measure that improves the health of the heaviest drinkers and those experiencing the most harm from alcohol whilst those who drink in moderation continue much as before.”

Scotland was the first country in the world to implement a minimum unit price for alcohol, following a ten-year campaign by health bodies including the British Liver Trust.

The Alcohol (Minimum Pricing) (Scotland) Act 2012 states that all alcohol sold through licensed premises in Scotland cannot be sold below a set minimum unit price (MUP). The MUP depends on the amount of alcohol contained in the product and is currently set at 50p per unit of alcohol.

Pamela Healy, Chief Executive of the British Liver Trust said, “We are facing a liver disease epidemic in the UK and a major reason for this is that as a nation we are drinking too much alcohol.

“There is good evidence that interventions such as minimum unit pricing (MUP), targeted taxes and marketing regulations reduce alcohol harm. Alcohol taxes have been cut repeatedly in real terms. The Government needs to look carefully at the outcomes from Scotland on MUP so that more lives can be saved.

The British Liver Trust is the largest UK charity for all adults with liver disease., which is the third leading cause of premature death.  Their Love Your Liver roadshow is in Scotland this week raising awareness of the risk factors of the disease, including alcohol misuse.

The British Liver Trust urges everyone to take their online screening test to find out if they are at risk of liver disease: www.britishlivertrust.org.uk/screener. 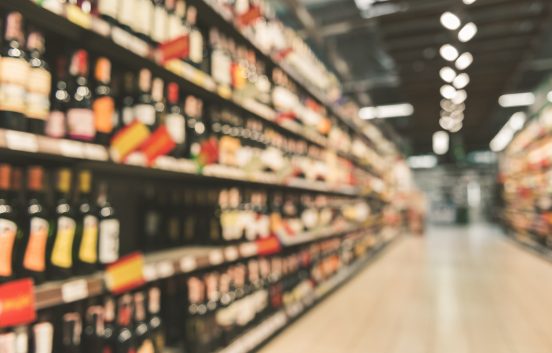