Steven's story: "I’ll never know why I was given the all clear as a baby" - British Liver Trust

Steven’s story: “I’ll never know why I was given the all clear as a baby”

Steven was diagnosed with hepatitis B in 2018. Thank you for sharing your story, Steven.

The earlier the diagnosis, the better.

"In the 1970s both of my parents had the virus hepatitis B. It can be passed from mother to baby, so when I was born I was tested for it and given the all clear.

"Throughout childhood I often had colds and flu-like symptoms. Sometimes I was accused of making it up but, looking back, this could have been a sign that something more serious was going on.

"In 2018 I had pain in my abdomen. Initially my doctor thought it might have been gallstones but tests showed nothing there. Two weeks later, I was still in pain. I went to see a locum doctor who sent me for more blood tests. The tests showed I had hepatitis B with a very high viral load.

"I was sent for a Fibroscan and a liver biopsy. I was given medication to take but this me vomit and gave me nose bleeds. Six weeks later I was taken off the medication and was diagnosed with decompensated cirrhosis - the damage to my liver had progressed so far that it was starting to fail. By that point I was also experiencing hepatic encephalopathy and started to lose my memory. I was so ill with it I had to take three months off work.

"Two years later and I’m under the care of King’s College Hospital which is brilliant. I’m on about ten different meds a day but fortunately my liver function is starting to stabilise. In the future I’ll probably need a liver transplant but for now I’m okay.

"I’ll never know why I was given the all clear as a baby. There is still some stigma around viral hepatitis but it’s really important to get tested if you’re at risk – as my experience shows, the earlier the diagnosis, the better. 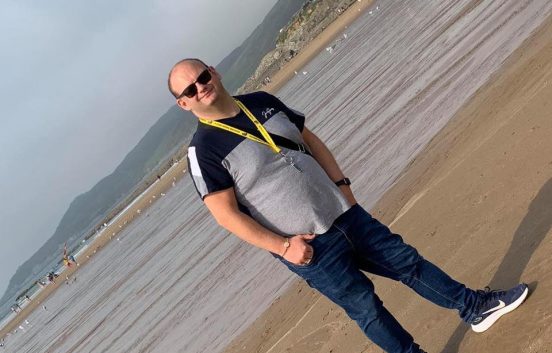