Sharan’s story: “Dad’s passing has left a huge void in our family”

Sharan's father (pictured) was diagnosed with non-alcohol related fatty liver disease (NAFLD) in 2004. Since his death, his family have worked hard to raise awareness of the condition.

"My dad was diagnosed with a fatty liver in 2004 after experiencing severe pains in his right side.  We took dad to A&E where a scan was performed and that's how we came to know about NAFLD.  My dad was a very big man, his stature was large and looking at him you wouldn't think we was overweight.  He hardly ate takeaways it was all home cooked Indian food, and it was food which caused his fatty liver.

"I attended all consultations with my dad so that I could ascertain exactly what was going on, in 2010 we were told that dad's liver had become worse and he now had liver cirrhosis.  We were told that dad would need a liver transplant and that's when our world literally ended.

"After the diagnosis, we noticed dad's stomach would fill with water and we would have to go into hospital to have it drained.  It was a horrible process to witness however, it had to be done.  From being drained every other week it started to become weekly, dad was losing weight, becoming weaker, a former shell of himself.  He also started to notice blood in his urine and that's when we discovered that he also had kidney stones which needed to be lasered. After many weeks they were lasered at Hammersmith Hospital and dad then developed pneumonia which weakened him more.

"Family spirit continued to be high and we prayed for the day when Kings Hospital would make a bed available so that dad could have his liver transplant.  Whilst we waited and waited for Kings Hospital to get in touch my dad slipped into a coma twice.  On both occasions he was in the HDU wards and would not wake up.  This was really hard to see and we couldn't understand what was happening to him and why he wasn't being offered the liver transplant he very much needed.

"I have never seen so many wires attached to anybody"

"10 May 2011 we finally got the call we were waiting for, Kings Hospital on Denmark Hill had a place for dad, we were delighted and really overwhelmed thinking he would receive the transplant he needed.  If I remember correctly dad was having tests carried out to see if he would be suitable to go onto the transplant list but things took a turn for the worst and he was admitted into the Liver Intensive Unit - I have never seen so many wires attached to anybody before.  The team of consultants, doctors and nurses kept us all informed and supported us a great deal. They looked after my dad 24 hours a day and were always very happy to answer any questions we had.

"My dad never woke up, his liver was releasing too many toxins inside his body which resulted in his organs shutting down.  On 29 May 2011 we were told by the doctors that dad had an awful night and the only things keeping him alive was the machines.  We decided to turn off the machines and allow dad to rest.  By 1700 that very same day, dad took his last breath.

"As a family we have become more health conscious"

"Dad's passing has left a huge void in our family.  At his funeral we asked for donations so that we could pass this onto the team at Kings hospital.  As a family we have become more health conscious, my uncle and cousin have run the marathon twice to raise money for The British Liver Trust and since 2011 I have been donating money each year to the trust on his anniversary.

"In addition to this, I have become a certified health coach registered under Royal Society for Public Health, where my aim now is to spread awareness on liver disease and help people lead a healthier lifestyle whilst ditching the diet mentality." 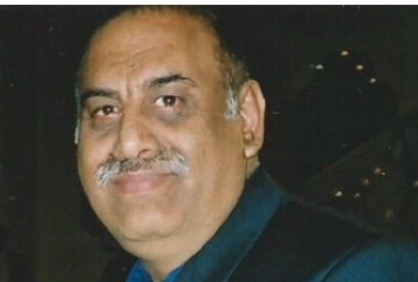