My donor didn’t just save my life, but hopefully through me, we’ll go on to save others too.

In order for me to try and understand my own situation, I had to be brutally honest and try and psychoanalyse myself. Only by looking back was I able to identify and see a rather strange pattern arise over my abuse of alcohol.

My father ran off not long after I was born. So I really didn’t know him as a child. It was only when I was in my late 20s. After getting to know him a little (a bit of a lonely quiet man). I was sadly with him when he died at the “Chelsea and Westminster Hospital” in West London of pneumonia. While pneumonia was the final straw that killed him, his main condition was Liver cirrhosis. So I guess that through no fault of my own, I had inherited the elusive, yet to be discovered alcohol Liver gene.

At the age of 17 ½ years old. I was unemployed and living just outside Oswestry. I had just been made redundant after having worked for two years in a heavy industry factory. With there being little or no work, I decided to join the Royal Air Force. This was 1970. In 1973 I had been posted out to RAF Gatow in Berlin. This was at the height of the cold war and Berlin was the only British base behind the then Iron curtain. I was employed in a signals unit and it was a highly classified environment. The powers to be really didn’t like staff going out into the City as there were rather a lot of spies around just waiting to befriend young servicemen like myself. (All very cloak and dagger stuff). As a preventative measure, in an attempt to entice people to remain on the camp. The British services had their own currency called BAFS. These notes could only be spent on the camps. The other attraction were the clubs, at RAF Gatow there were some 48 different clubs and each of these had a bar. And of course all the drinks were duty free and very cheap. So I guess 2 and a half years of drinking became the norm, as there was very little else to do. I also completed a 3-year tour in Cyprus which too became a drinker’s paradise.

I guess my younger days set the scene for what my life style would become like. I think on the whole and looking back, those were very much the halcyon days of my life and set a sort of goal for when I was feeling down and alone, I longed for those days to return.

Having now experienced this condition first hand, I feel a strong need to educate and inform others to the not so well know dangers of alcohol abuse.

It is little wonder then that I never became a total alcoholic. I certainly had a drink problem and never sort the need to experiment with other substances or drugs.

Prior to my bout with the variceal bleed on the 3rd December 2014, I hadn’t realised but there was a pattern to my drinking cycle. I began to believe that there might even be a connection with a person’s biorhythm over a 28-day cycle. For me, the number ‘3’ became very significant. I could not have a drink for say three weeks, but then drink solidly for three days. It would then take a further three days for my body to recuperate and then the cycle would repeat itself again three weeks later.

Up until the 3rd December 2014, I (like most people) had never heard of portal hypertension varices. Having now experienced this condition first hand, I feel a strong need to educate and inform others to the not so well know dangers of alcohol abuse. I firmly believe that I owe it to my liver donor to help others who are going down the same road/path I’ve been down and tell them what is waiting there for them. There is I believe a strong need to get the lesser known conditions like Hepatic Encephalopathy, Varices, Ascites, and liver tumours out there in the public domain and make people aware of what awaits them if they continue to travel down their respective roads of life.

I have been working voluntarily for the Lifeline Project here in Stoke-on-Trent and in the short three weeks that I’ve been here, I have identified a few areas where better services could be provided if only funding was available. These are just a few:

These are just some of the ideas I have at present. Both myself, and my donor liver are going to be working hard to bring about these lifesaving opportunities. My donor didn’t just save my life, but hopefully through me, we’ll go on to save others too. Their death was not in vain. 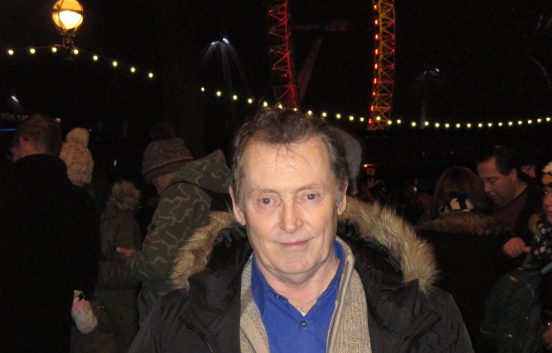