Paul's story: "I never classed myself as an ‘alcoholic’." - British Liver Trust

Paul’s story: “I never classed myself as an ‘alcoholic’.”

In 2017, Paul's liver started to fail and he was taken to hospital where he wasn't expected to last the night. Fortunately he survived, and doctors said it was a miracle he pulled through. He's shared his story here to raise awareness of alcohol-related liver disease. Thank you, Paul.

I was one of the worse cases the doctors had ever seen.

I never classed myself as an ‘alcoholic’. That just didn’t sit right with me. Correct or not, I don’t know. Alcohol was a relaxant - until it wore off. Then it became a vicious circle of ups and downs. It never affected my work as a chef, I only drank when I finished my shift to unwind.

Late in 2016 I started to feel increasingly unwell. Visits to the doctor became quite a regular thing - not only for blood tests, but for increasing anxiety and depression.

I was warned by my doctor numerous times that I should cut back on the drinking, but I didn’t listen until they told me that my liver was becoming damaged. There and then I decided to get some outside help. I was referred to an alcohol specialist who advised me that it was best to go into rehab.

They put me on the waiting list to spend three months detoxing at a unit in north Birmingham. I was also told to gradually ween myself off alcohol because stopping altogether would kill me.

Then on the 18th March 2017 my life took another turn. For a couple of days I noticed I was turning yellow, especially the eyes. On that particular morning I woke up with my son telling me I was completely yellow, in fact going to a shade of green, which I was told later by a consultant was one of the worse cases they had ever seen.

A couple of phone calls later and I was driven to the Queen Elizabeth Hospital Birmingham by my brother, not before saying I wanted one more drink before I went. My 15-year-old son’s refusal saved my life there and then. I was told later that one more drink would have killed me.

The next 12 hours were a complete blur because of the medication. Doctors told my sister that I needed a liver transplant, but it wouldn’t be worth it as I probably wouldn’t last the night.

Fortunately, I came through that night and was moved to a ward the following day.

The next five weeks in hospital were a rollercoaster of various surreal situations ranging from severe hallucinations to nearly starving myself when I removed my feeding tube. The doctor told my family that because I wasn’t eating, he was sending me home to spend my final weeks with them.

That day was the closest I think anyone can ever come to witnessing their own funeral. I had family and friends around my bed crying and hugging each other as I looked on without expression. It was then I knew I had to keep going for the sake of my family. What broke my heart the most that day was seeing my youngest son break down uncontrollably. He was 15 and he needed me. He always came across as a tough cookie but he was still my baby boy.

Four weeks later I walked out hospital with the nurses hugging me and the consultants in shock saying that it was a miracle I pulled through.

I still struggle with the daily effects of hepatic encephalopathy, muscle atrophy, and the threat of liver cancer that always hangs over anyone with cirrhosis of the liver, but I’m still fighting and now it’s my wish to continue to help and support the people going through the same things I’ve been through.

I volunteer for Alcohol Change UK where I’m a local community champion. My main aim is to make stigmatised illnesses such as alcohol and drug abuse and mental health issues become more accepted and accessible to talk about in our society. 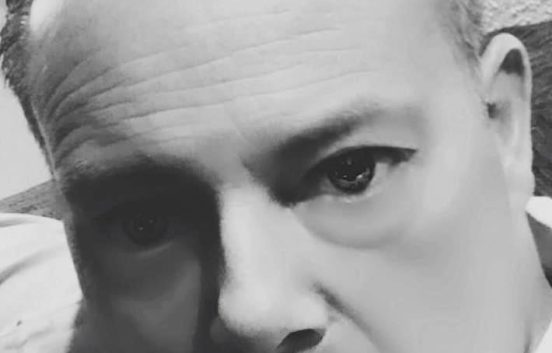