Nicole's story: "They had 48 hours to find me a liver" - British Liver Trust

Nicole’s story: “They had 48 hours to find me a liver”

Nicole became severely ill at just 18 years old with seronegative hepatitis. She had a liver transplant in 2013. Thank you for sharing your story, Nicole.

"Late June 2013 I became very unwell at home on my day off from working full time as a waitress. It was so out of the blue, I was being sick and I ended up collapsing and was told by a doctor I was just dehydrated. I lay in bed for two weeks, I’d never felt so unwell.

"When I started to get back to normal I noticed the corners of my eyes turning yellow (jaundice). I was rushed to A&E where from then on I had blood tests everyday for a week to check my liver function levels as they kept getting higher and higher.

"After one week I was transferred to Newcastle’s Freeman Hospital, the following day I had a liver biopsy but the results showed nothing. I was a mystery as the doctors and nurses would say.

"The following weeks before my transplant were very hard not knowing what was wrong with me. I was so scared, no one had answers and I was getting worse. I couldn’t keep my food down, sometimes I couldn’t eat at all. I was in and out of ICU due to having hypos every morning.

"I had so much fluid build up around my stomach because of my bilirubin levels being so high that I looked 9 months pregnant. I had to be pushed round in a wheelchair I’d get that tired. It was hard looking in the mirror sometimes seeing how jaundiced I was too.

"In August 2013 I started having severe stomach pains one afternoon just as my parents were coming to visit. I was given pain killers but nothing helped quick enough, I’d never felt pain like it.

"I became extremely confused (encephalitis) the doctors came and did all the tests on me which proved to them that it hard started my liver was failing the next minute I remember being pushed down to ICU in my hospital bed. I don’t remember anything after that as I was put into an induced coma and had to have a procedure to have a bolt put in my head to help the pressure on my brain. I was also on dialysis as my kidneys started slowing down. That same night I went into cardiac arrest and I had to be resuscitated, the doctors said I was so close to dying.

"After going through an 11 hour operation I came out of the coma one week later only to be put back in as I had unfortunately got pneumonia and the doctors thought my left lung was collapsing. I had a long way to go to recover physically and mentally: I had to get used to my changed body, I was very pale and skinny, my taste buds were non existent from having feeding tubes for so long. I had bruises and scars all over my arms and hands from venflons, cannulas and tubes but the biggest change was obviously my new scar. My life had now changed forever I was now longer a “normal” 18 year old. 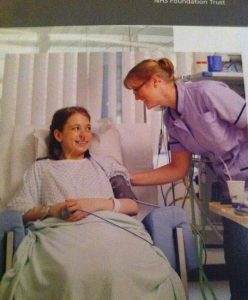 "I was in hospital for nine weeks all together when I got discharged. Once I was home I had to have help with pretty much everything, showering, changing, getting in and out of bed. I couldn’t make my own food, I had so much medication I had to remember to take which made me shaky, my emotions were all over the place. I would cry over the smallest thing and as awful as it sounds I couldn’t be bothered to talk to anyone in person or over text.

"It was all a big change. I became quite depressed and had to go to counselling for help. I was having nightmares and flashbacks - the counsellor thought I had PTSD. I had a hard time for a couple of years after that. I was in denial and I just wanted to be a “normal” 19 year old again.

"It was the biggest change I have had in life but now I am a happy and healthy 26-year-old and I am forever grateful to my donor and their family for the precious gift they gave me. The doctors and nurses at the Freeman are simply amazing, I cannot fault anyone. I count my blessing everyday that I am still here. Organ donation will always be something I support and I will always do whatever I can to raise awareness." 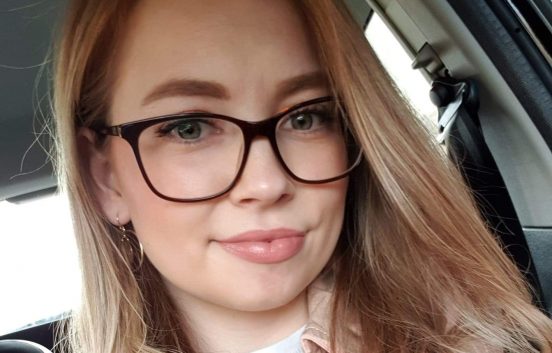