Kirsty’s story: “The stars aligned when the Love Your Liver roadshow came to Bristol”

Kirsty thought she'd been drinking more alcohol than she should, so when the British Liver Trust's Love Your Liver roadshow came to her hometown in Bristol she had a liver scan, which revealed some signs of liver damage. Thank you for sharing your story, Kirsty.

For someone who adored a drink, my job was a dream come true.

I’m a second-year nursing student and mum of two, I’m in my late forties and I’m a very active person. I love running, playing squash, riding my bike and fitness classes. I eat well and my BMI is a good score. I say all of this to try and put into context the news I received recently that my liver was not as healthy as it should be.

In March 2021, I wrote an assignment as part of my first year of nursing studies on public health and alcohol which really unnerved me, and I began to question my own drinking habits. Before studying to become a nurse, I worked for 20 years in the alcoholic drinks industry, selling wine and spirits to bars and restaurants. For someone who adored a drink, this was a dream come true. To actually find a job where you got paid to taste fancy products, entertain clients, promote high end wines and spirits, with an employer who didn't mind if you put a bottle of Champagne on expenses and turned up to work with a hangover the following day, was unreal!

"I didn’t drink every day"

Even before I worked in the drinks industry, I enjoyed a drink. From the age of about 16, I would drink at parties, find my way into bars, buy from the offie. I think many of us have been there - it’s a right of passage for teens in the UK, especially in the early 1990s with the rise of the ladette culture. And for a naive, shy young woman who was lacking in confidence, this was exactly what I needed to see me through. I didn’t drink every day, but always drank when I went out. And as I drank more, my tolerance went up.

By the time I was into my 30’s, I would describe myself as being a very heavy drinker. I drank most days as I entertained a lot, organising events related to the wines and spirits that I was selling and promoting, but I was also out drinking a lot with my friends. Thankfully, I never had to have a drink to get going in the morning or hide alcohol around the house, but I did lose days to hangovers and being unproductive because I felt so bad. I also used to suffer really badly with Sunday blues.

Later, when I became a mother, wife and student nurse, there was a lot less partying, but I still drank at weekends. I tallied my weekly units and realised I was often still drinking over 30 units a week, which is over double the recommended amount. So I downloaded the Drink Free Days app and made conscious decisions to reduce the number of days that I was drinking, which I reasoned was a good start. I was still drinking a bottle of wine over the weekend and various beers, gin and tonics and rums. And whilst I often had a drink mid-week, the majority of my alcohol consumption was now shoe horned into two days. There were weekend rituals – ‘gin o’clock’ on a Friday and Saturday evening when we clocked off for the weekend, a beer or two with the kids when we watched a film, and, pre-pandemic, there would be any number of dinner parties where we would be embarrassed at the amount of bottles going out for recycling the following week.

So I feel like the stars aligned when I happened to log on to my work emails and read about the British Liver Trust holding a Love Your Liver mobile testing centre in Bristol on a day that I wasn't working. I had read about Fibroscans when I was researching my assignment and was curious to see how they worked. I headed over, filled in the paperwork and headed into the booth to meet Katharine, the specialist liver nurse who was going to scan me.

The Fibroscan results showed that my liver is not as spongy or elastic as a healthy liver should be. My result was 12.4kp. A healthy and normal result should be under 7. This was shocking news, but I can’t say that I was surprised. Katharine, the specialist nurse, advised me that I would need to significantly cut down my alcohol consumption and gave me a letter to hand to my GP.

I had one glass of wine the day after I had the result, but since then, I have begun a journey into exploring the world of no/low drinks. And it’s been really encouraging. I went to a party recently and stayed up until 1am, drank 0% beer and was on the side of my son’s football pitch the next morning, clear headed and ready for the day ahead. It was actually great. I am saving money (good as a student) and saving my health at the same time.

I've been tracking my progress on Drink Free Days and Drink Aware apps. Friends and family have been super supportive. I think it’s interesting because I'm sure if I told them I was just having a break or doing Dry January or Sober October, I'd have been given a bit of grief about being boring, but because I have been so upfront about the liver test, many have sent me recommendations for non-alcoholic alternatives and messages of support. It almost feels like a relief not to be drinking right now. I like to hope that when I get my referral to Hepatology for further tests, all will be OK, but as I don't know what the future holds right now, I continue to abstain. 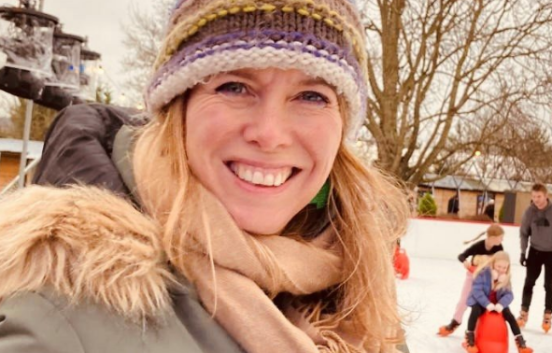