Living with a progressive autoimmune liver disease is overwhelming. The fact that is not your fault and nothing can be done to avert, stop or resolve it is really frustrating.

Ever since I can remember I have been sick to a lesser or greater extent. Even my birth had not happened without complications. As a result, I only scored 5 Apgar points, out of 10 possible. My childhood was marred by unexplained stomach aches, frequent colds, occasional liver pain and painful toothaches, just to name the recurring ones. With time I developed hay fever and my sight deteriorated. At the age of 15, my ulcerative colitis must have started. As it would come and go, I did not make much of it until a few years later. In the 3rd grade of secondary school I had been overwhelmed by extreme fatigue to the point that I almost flunked the grade. By the time I was 19, diarrhoeas, weight loss and general weakness forced me to seek medical attention. It took a year; a number of doctor’s appointments and a hospital stay to be formally diagnosed with ulcerative colitis.  The diagnosis had little therapeutic value as no one had explained the implications of ulcerative colitis for my future nor followed it up.

As the symptoms of ulcerative colitis had moderated to some extent, I got on with my life. In 2009 I started having pins and needles and itching. When I saw a doctor about it, she would play it down and send me away empty-handed. Two years later severe itching was accompanied with excessive and unexplained fatigue – no matter how long I slept, I would not wake up rested. At that time, I had a physical, 50+ hours job in the USA.

At the beginning of 2014, after a battery of tests: gastroscopy, colonoscopy, MRI and a liver biopsy, I was diagnosed with primary sclerosing cholangitis.

My arrival in England in 2013 became a sort of a salvation as I could no longer ignore itching and fatigue and decided to have it investigated. It turned out that my ulcerative colitis was seriously flared up, I was anaemic and, on top of that, liver function tests were off the charts. I was referred to QEHB to see a hepatologist. At the beginning of 2014, after a battery of tests: gastroscopy, colonoscopy, MRI and a liver biopsy, I was diagnosed with primary sclerosing cholangitis. At first, I did not know what it meant and I was puzzled when doctors mentioned the possibility of liver transplant in the future. As I read on PSC, I was becoming more and more terrified by its implications. Doctors prescribed a drug to slow down the progression of the disease and to alleviate itching.

Currently, it is the only medication recognized for the treatment of PSC. It works for some patients but for me it did not unfortunately. With doctor’s approval, I stopped taking it. Another medication  relieved my itching to some extent. For ulcerative colitis I was treated with a another drug that worked wonders – no problems since I have started taking this drug. On the positive note though, all the reading had allowed me to be an informed patient and be able to talk to doctors more or less on a par. I decided to do everything within my capabilities to stop the disease from progressing. In consequence I started eating healthy, exercising and having a healthy lifestyle but it was not enough in the end.

Living with a progressive autoimmune liver disease is overwhelming. The fact that is not your fault and nothing can be done to avert, stop or resolve it is really frustrating. Most people have a wrong preconception that liver disease comes from substance abuse, and judge you by their standards. Given that is it is an invisible disability and you are not necessarily very sickly on the outside results in no concessions being made to you. You may even be accused of laziness or simulating.

If you are now in the position I used to be in, I would like to tell you to cherish every moment of your life

My PSC had been deteriorating inexorably, which was frustrating given my best efforts to stop it. As conventional medicine did not have an effective treatment for PSC, I also turned to alternative one: Ayurveda, Traditional Chinese Medicine and functional medicine, alas to no avail – PSC had been progressing.

Browsing the Internet, I came across PSC Support, a charity devoted to patients. They provide a lot of information about the disease, organize patient meetings, which I still attend, and collaborate with doctors and researchers to find the cure. It was a relief to meet and talk to fellow patients, especially those after transplant.

In my life, religion has always played a crucial role. God has been guiding me and protecting my welfare since I was born. Just before being admitted to hospital, I had been to Aannaya, Lebanon, to pray for my health to St. Charbel, a monk through whose intercession there had been numerous miraculous complete healings.

Having taken the possibility of a liver transplant into consideration, I started travelling, trying new experiences and ticking things off my bucket list. One of the accomplishments I am proud of is obtaining scuba diving qualifications and thus fulfilling my childhood dream. I knew that one day, when I would be lying in a hospital bed, memories and experiences would be my most cherished possessions that I could relive.

In December 2017 following bacterial cholangitis, I ended up in hospital. Doctors decided it was the right time to have the transplant. In preparation for the transplant I received a lot of support. To my amazement, the support also came from the people I had expected to receive it the least. Afterwards events unfolded pretty quickly. In March 2018 I passed transplant assessment and was put on a waiting list. In the process of waiting for the right donor, I had two ‘dry runs’ and I was once someone’s backup. On 27th April, five weeks and a couple days later from being listed, a life-saving operation took place. Right before the operation I was really worried but I had a chance to meet my surgeon and his team, who calmed me down. As a Roman Catholic, I knew that either outcome of the operation would be a good one.

The first week after the transplant comprised constant pain, suffering and misery, all at once, which I had not anticipated. After a month I felt much better and I could do most things myself. Now, 10 months post-transplant, when my abs have fully healed, I can exercise and swim again. My energy levels are significantly higher and I look into the future with more confidence. The people I love and care for as well as my plans, hobbies and dreams keep me going.

Being seriously ill has made rethink many aspects of my life, which is now subordinated to health preservation. Most of my peers do not devote even a fraction of the time and effort to keep healthy and yet they are. My limitations and ill health held me back with regard to personal achievements, career prospects and possible relationships. The time and money I spent on doctor’s appointment, examinations, treatments and recovery would at least pay for a decent new car.

If you are now in the position I used to be in, I would like to tell you to cherish every moment of your life. Read books, travel if you can, learn new things, chase your dreams – do not waste time, especially for anger and hate. In my journey, one book – ‘The Success Principles’ by Jack Canfield, has helped me a lot. It has helped me to build a vision of the life I want to live, given me a new focus and provided consolation in low times.As you are what you eat

it is important to eat healthy. You will surely feel better once you substitute bad habits with healthy ones. Even if you are you are not too fit, any form of exercise will be better than none – even if it is just a 10-minute walk every day. Finally, cooperate and believe in your doctors. They are doing their best to help you. 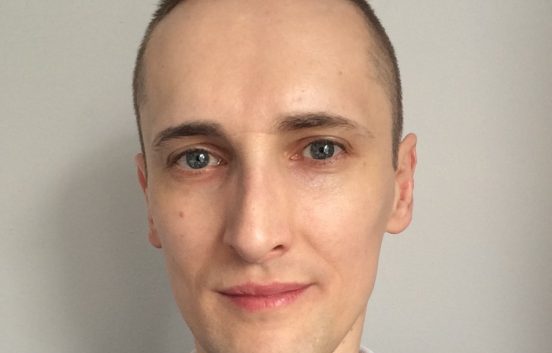