John was diagnosed with Primary Sclerosing Cholangitis (PSC) in 1994 and had a liver transplant in 2002. 17 years later he still leads an active life. Here is his story.

“For a few years, medication, regular check-ups and careful lifestyle changes kept things under control and I led a fairly normal life.

“In 1999 I had the first of four instances of oesophageal varices resulting in emergency hospital admission; the first and third occurrences were quite serious as my haemoglobin level sunk to quite a dangerous level and in both cases I had to have a significant blood transfusion.

“I was referred to the Liver Unit at Manchester Royal Infirmary for extensive tests and regular 'banding' procedures to prevent further varices.

“All was OK until April 2002 when a delay in the next banding procedure led to serious bleed. In June 2002 I was referred to St James Hospital in Leeds for transplant assessment and was put on the transplant list.

“After another month in hospital, I went home in August.  I was able to function reasonably but needed the support of my mother as I was very tired all the time, I felt cold, and I was bloated from water retention and had very low blood pressure.

“On 16th September 2002 while at St James for a check-up I was told that a liver had been found. I was in theatre at 7am the next morning. After the transplant I had some initial issues with vomiting nasty stuff but soon felt a lot better.  Two weeks later I was allowed home.

“I recovered well and apart from a two week hospital stay in February 2003 (a virus)  I finally returned to work in the middle of March and life started getting back to normal although I had to be careful to avoid infection and not exert myself. This was brought home when I spent another two weeks in hospital in September 2003 when I picked up an infection.”

“After that I have had no further hospital stays apart from regular colonoscopies to monitor the ulcerative colitis and annual check-ups. There is no sign of the PSC returning and I have had no further major issues although colds and flu tend to affect me more presumably due to the immunosuppressant drugs.

“I still get very tired sometimes, usually when I have done too much but this soon passes (and I am nearly 70!).

“I remained in my job until retiring in 2015, 17 years on from the transplant and having reached the age of 69 I am still very active – mainly long walks and gardening.

“Being a single person and living on my own caused some difficulties but I have been lucky to have had a lot of support from my mother and my sister  - I don’t think I would have got through it without them!” 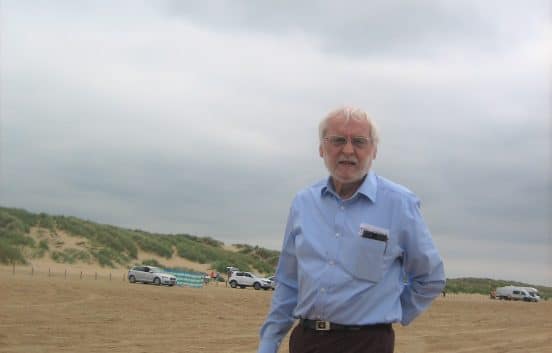