Jit’s story: “I don’t think there is enough awareness of liver disease in South Asian communities.”

When Jit recovered from alcohol dependency, he decided he wanted to do something to raise awareness of addiction in the South Asian community. He's shared his story with us for Alcohol Awareness Week. Thank you, Jit.

I built a network of friends and family around me.

My drinking tended to follow a pattern. I’d have weeks of sobriety but then I would occasionally slip into the habit of drinking a litre bottle of whiskey at home each night for a week or two at a time. During that time I’d also take drugs and have other drinks down the pub with my friends – if I could make it there.

One time, I when I’d been going through a four week episode of drinking and drugs, my parents came round to see me. When I didn’t answer the door, they broke into my house. I was so out of it, I couldn’t hear them. Looking back, I am glad they did this, as I’m sure I wouldn’t have made it through the night. I’d had enough of being sick, and I was tired of being tired of it all - it had to stop.

My parents went to the doctors for support and had to drag me there. I guess I never initially wanted help, though I needed it. They pointed me to a local service, and I went to the local Alcoholics Anonymous. Stopping drinking wasn’t easy and I had to work at it daily. In fact, I still work at this everyday now too.

I built a network of friends and family around me for constant support initially. I started getting into the gym with a personal trainer and read as much as possible. It sounds easy but it wasn’t. I had hit my rock bottom and I was sick and tired of being sick and tired of it all!

Once I had a few months of being clean, I went for a liver function test. The results of this were fine. I did have another a year or so later and those results were ok too. I wouldn’t have known if I had any symptoms of liver disease. I don’t know what they are and so I guess this would apply to many others.

I don’t think there is enough awareness of liver disease and liver health in South Asian communities. There is certainly a lack of conversation around addiction. The biggest challenge I think is getting the message across that it’s not just alcohol which can cause liver disease. Alcohol abuse is one of the risk factors of liver disease but not the only one.

To help raise awareness of addiction in the South Asian community, I’ve made a short film and am putting on screenings with Q&A sessions. It’s important this conversation happens as that is the issue we have - lack of conversation. I am currently doing Zoom screenings but looking to follow these up with face-to-face screenings in the New Year.

I’ll take the film into temples and community centres in the hard-to-reach areas of the community and, hopefully, would love to take this nationally to tackle the lack of conversation. You can find more details for more screenings on my website here: www.7events.org/ImJit 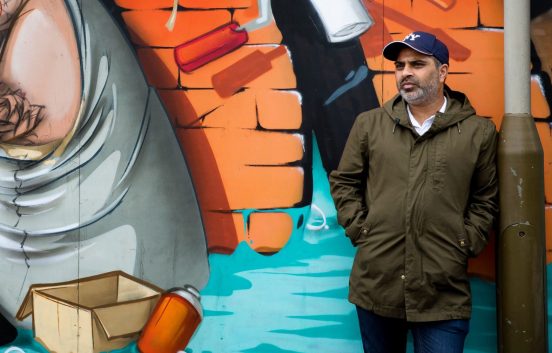