I have to say that in my opinion, any definition of alcoholism that I have come across is incorrect, and that I hope that some day this condition is categorised and perhaps, for certain types renamed to avoid the stigma, and the associated embarrassment that this label may cause 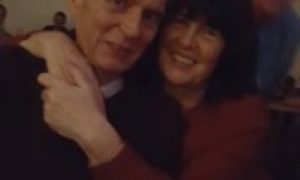 I have decided to write this account based on my experience of suffering from Cirrhosis of the Liver in the hope that it will help inspire fellow sufferers and perhaps help others to understand the condition and what their friends or family members are going through. A lot of what I have learnt about this condition, from a purely medical perspective, is based on what doctors have told me directly during consultations and on-line research (being careful to select only reputable websites of course), however, this account goes much further than simple medicine.

Just in case anybody interprets any part of this account as being critical of the medical profession, I would like to make it clear that I have the greatest respect for the medical profession and sympathise with them over the conditions they are currently working under, and if I were to have any criticism, it would be about those conditions. As I don’t intend this account to have a political agenda I will leave it at that.

Also, I’m writing an account referencing an Angel, I’m not a religious person, but I am an open minded person and respect all religions, so interpret my reference to an Angel as you please. For me a Divine intervention occurred in my life, whatever that means!

I am a 54 year old male at the time of writing, not that I intend to change my gender, but experience dictates that my age will change over time.

Very briefly, I would describe my life as having been mostly very lucky in so much that I have a beautiful loving family; I was brought up to have respect, and have been blessed with a good helping of intelligence (I hope!!). I think this abbreviated list has also ensured that I have a large number of very dear friends.

I am a positive thinking person, always have been, and if there is some good hiding in a bad situation I am likely to find it; that’s probably why I wrote this account.

I have been single all my life, and once I left the family home I have lived alone (despite a couple of failed attempts by some lovely ladies who shall remain in my past but remembered fondly), so getting out to the local pub was an important part of my life.

I am free from the straight road I was certainly on and the horrors of the final destination, I have no reason to believe that I don’t have a fulfilling life ahead of me and I finally understand what love and responsibility to others is.

I have worked professionally in the computer software industry ever since I can remember and have been very successful over a period stretching over 30 years. For most of that time I have been in the high tax payer tax bracket, and along with that comes stress, even if you don’t realise it.

I am no stranger to drinking beer, and lots of it! Chances are that if you and I were having a night out together, I would be calling you a taxi home early as I always had a high tolerance level, so this is not about me moaning about getting cirrhosis when I didn’t deserve it. Just to put a myth to rest, I very rarely touched strong spirits, or even weaker ones, most probably less often than the vast majority of people I know, so yes, just beer for me, but that doesn’t mean you won’t get liver problems.

Does my story sound a little familiar?

You can add more variations to this short list, and I’m sure they will all be valid, but unfortunately they all add up to the fact that you simply drink too much. If you have cirrhosis it’s time for fact not reasons, valid or made up, and the fact is that you drank too much!!

So where’s the Angel?

Well, first of all I AM an alcoholic. I’m tempted to say I WAS an alcoholic, or even that I was NEVER an alcoholic, I just drank a lot, as I haven’t had a drink for well over a year now and had no trouble at all stopping, and at the moment, even if the doctors magically said “You’re cured, go get yourself a pint to celebrate” that I would actually want one. But truthfully, I’m not convinced that it’s that easy.

I have to say that in my opinion, any definition of alcoholism that I have come across is incorrect, and that I hope that some day this condition is categorised and perhaps, for certain types renamed to avoid the stigma, and the associated embarrassment that this label may cause. None of which is helpful when it’s vitally important for somebody in a position similar to mine to understand and accept the cause.

So, for now, pending a better definition, and for the sake of pragmatism, I AM an alcoholic.

There, the Angel is starting to do her work, two years ago I would never have made such a statement under any circumstances, but the changes inmy life brought about by the Cirrhosis Angel now allows me to do so and accept that I had a problem, and also, allows me to better understand others in a similar position, and to look forward through different eyes.

Now that I have discovered the truth, suddenly with just a few twitches of the angel’s wings, I realised exactly what was going on in my life, and why now I believe that there is indeed a Cirrhosis Angel, and that contracting Cirrhosis of the Liver quite possibly saved my life!!

Yes! I said saved my life, not shortened or very nearly ended it, I said SAVED!!

Without realising it I was on a road heading towards misery and probably death; things were not too bad for me at all really, at least in comparison to an awful lot of less fortunate people, but I was actually walking a tightrope without knowing that I could stumble and fall to my death at any moment.

I understand that between 10-15% of heavy drinkers will contract liver conditions leading to cirrhosis so it’s not a certainty by any means, and you could be forgiven for thinking that you have been unlucky if, like me, you contracted it.

I have chosen to think differently and much more positively, and believe that contracting Cirrhosis of the Liver has actually saved my life, or at least improved it forever.

The forks in the road

So, the first fork you encounter is one that that you are completely unaware of.

Carry straight on. The Angel doesn’t visit you, you do not get cirrhosis, you continue drinking too much, and accelerate towards the inevitable misery that I’m sure is well documented all over the internet, E.G. become antisocial, get in debt, lose your job and/or house, lose your family and so on. Take a hard Right. The Angel visits you and you get cirrhosis, the road you are now on only goes a short way before another fork appears.

The second fork, you should be much more aware of, hopefully the Doctors and the Angel will have given you the wisdom to make the correct choice.

Carry straight on. You carry on drinking. You still are heading to the same place, only now you will reach it much quicker, and, put simply, will be dead very soon.

Take a hard Right. You are starting to use your new found wisdom and STOPPED drinking. Now there are all possibilities ahead of you that you wouldn’t believe.

Thank you My Angel

By now you will probably have found out the following…

With time there is no need to assume that having cirrhosis is going to leave you as an invalid.
You will now understand what LOVE is, you have probably been surprised at the amount of it thrown at you during this short journey.
You will understand the impact your actions have on other people.
You will be enjoying the many benefits of not drinking.
You will probably be feeling healthier even though you have a life threatening disease!!

This is why I believe that contracting cirrhosis as a result of heavy drinking is a gift from an Angel, and not a punishment from your God. If your God wanted to punish you He would have left you to continue straight on.

I am free from the straight road I was certainly on and the horrors of the final destination, I have no reason to believe that I don’t have a fulfilling life ahead of me and I finally understand what love and responsibility to others is.

I appreciate that this is a very alternate way of thinking but I believe it to be correct and hope that it will at least encourage you to look for positives during what is a terrible time.

Good luck my friends and Embrace your Angel