If you’re on long term medication, don’t settle for blood results, insist on an ultrasound scan, just as a precaution, but it might just save your life or at least give you a better chance of stopping further damage; They don’t call it a silent killer for nothing!

It's important for people to know how serious this disease is. I have fibromyalgia and a crushed spine causing severe neuropathy and have been in massive pain for 8 years and on very strong pain relief. For a few years I had been complaining to the doctor about sweating so badly I would be drenched in seconds, but each time I was brushed off with excuses like it's your diabetes, the drugs you're taking etc.

Eventually in April last year, I became very sick, the only symptom being the sweating and generally feeling ill. After refusing to go in to hospital, they did blood tests every other day and for a week, my liver enzymes came back at 186 rather than the normal 34. I was sent for an ultrasound, then a CT scan and when I finally got the results, the GP said I had "scarring" on my liver and it was caused by the pain relief. She said she had a couple more patients in the same position and would be remiss if she didn't refer me to the specialist for care. It was all played down to the point where it felt like it was nothing more than a sore knee. Unknown to me, the results actually said cirrhosis!

In November, I saw the consultant who gave me a bad prognosis, telling me that there was nothing more he could do for me and I wouldn't even be eligible for a liver transplant, I was devastated. Back at the GP's surgery, she still maintained it was JUST scarring, it was then that I saw the word cirrhosis on the report she showed me. By now I was totally confused, hospital telling me it was the end of the line and GP saying it's nothing serious.

I intend to live with the disease rather than die from it!

I saw the specialist hepatology nurse on 18th January, 2 months from my diagnosis. The seriousness of the illness is now fully apparent. During the appointment, I had a fibroscan and it showed that my liver is fully cirrhotic and although my latest blood results are still too high, she said there's no cause for alarm and my liver is still compensating! My only symptom now is being extremely bloated with trapped wind which can be quite painful but I'm dealing with that today

I have been told to change my diet to high protein, so lots of milk, cheese, eggs, chicken and fish and because my liver can no longer store its' own energy, she advised that I eat small amounts every 2-3 hours to prevent my body from breaking down my muscle tissue for energy ( typical, having been a prolific over eater all my life, I finally managed to conquer it so I don't eat much and now I'm told I have to eat more... Life is so unfair ). The nurse also put me on lactulose to help rid my body of toxins that my liver can't do.

It's less than a week since my appointment and those 2 changes have made a huge difference, my head is clearer and my memory has improved, the dreadful fatigue is easier and I feel better than I have done for months.

Since seeing the nurse, everything has been explained properly and even though the situation is more serious than I ever thought possible, I am now able to think more long term.

I guess what I'm trying to say is, firstly, if you're on long term medication, don't settle for blood results, insist on an ultrasound scan, just as a precaution, but it might just save your life or at least give you a better chance of stopping further damage; They don't call it a silent killer for nothing! YOU have to be the one to care of your liver. I wish I'd known this years ago.  I intend to live with the disease rather than die from it!

Secondly, keep talking... Easy to say, hard to do but a vital part of your diagnosis. It's scary, frustrating, frightening, you will go though every emotion possible but don't bottle it up, it's bad for your mental and physical health.

Lastly , there's always hope, even when you feel lost and forlorn, somewhere there is a little bit of the silver lining to that very grey cloud. 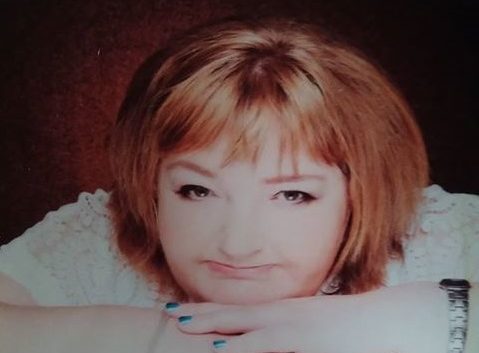