Ian’s story: “My one regret is that I still have not found the words to say to his family. Thank you just doesn’t cut it.” - British Liver Trust

Ian’s story: “My one regret is that I still have not found the words to say to his family. Thank you just doesn’t cut it.”

“Although I never realised it at the time, I guess my story starts in the autumn of 1979 when, aged 20, I started to experience stomach problems. I was losing weight and started to get fatigued very easily. Many days I would sit around doing nothing, anything else was too much of an effort.

“On a good day I would take the bus into town, a journey of about five miles, only to come straight back as even the journey had tired me out.

“The doctors quickly diagnosed that I was anaemic, and further investigation found that I was suffering from mild (didn’t seem like mild) Crohn’s disease and my gall bladder was ‘diseased’.

“My gall bladder was duly removed in December 1980 and from that point I continued to improve, returning to work and getting on with life. I was still taking medication for my Crohn’s but apart from that all was good.

“Fast forward to 1995. Whilst at work I developed a horrendous stabbing pain in my chest which subsided the next day but within a couple of days I had turned a nice colour of yellow.

“A week in hospital led to a diagnosis of a gall stone being stuck in a bile duct.

“This was removed via an ERCP and apart from being re-admitted to hospital and given a blood transfusion due to internal bleeding following the ERCP, everything was fine.

“Over the following years my Crohn’s got better and I gradually came off medication in about 2004.

“I developed something of a fitness bug, regularly cycling in excess of 30 miles, gym three times a week and so on.

“Moving forward to early July 2019, we had been back off holiday about a week when my wife commented that I had turned yellow. Typical bloke, I shrugged it off as I felt totally normal.

“A week later I got up to go to work, opened the wardrobe and literally didn’t know what to do next. My wife literally had to tell me what to do. Within half an hour I was fine and drove to work, an hour and a half later I was back home.

“By now my speech was slurred, the left side of my face was contorted, my wife thought I had had a stroke, and my colour was full on minion yellow, even the whites of my eyes.

“My wife called the ambulance and I was taken to Stafford and subsequently Stoke Hospital where I spent two weeks undergoing tests.

“Initially they tested for all types of hepatitis, asked if I’d been anywhere exotic, did I drink excessively, did I do drugs. No to all three.

“It turned out that by bilirubin levels were excessively high and my state of confusion was caused by hepatic encephalopathy.

“Various scans of the liver were suggesting primary sclerosing cholangitis (PSC), especially with my history of Crohn’s, however mild.

“There was talk of inserting a stent to ease the flow, but it seemed it was not going to be that easy.

“Me being me, I started to read from reliable sources about my condition, and what with all tests coming back negative, I knew in my mind that a transplant was the only option.

“I was subsequently transferred to the QE in Birmingham and was told that transplant was in all probability the only option available given the damage to my liver.

“What the doctors couldn’t understand was that they suspected PSC had been doing its ugly work since the early 1990’s and yet I was asymptomatic until I reached end stage liver disease.

“Whilst this came as a great shock to my family, in my own mind I already knew.

“A week of tests followed, and, on the Friday, they would decide if I was eligible for transplant. For me in my mind it was never going to be a no. My attitude was I need a transplant, let’s just get on with it. It did not worry me that I might be rejected. It wasn’t going to happen, and so when they told me on the Friday that I was going on the list, whilst it was a great relief to my family, for me it was a given.

“I returned home to await the call but was soon back in Stoke Hospital when I had another bout of confusion during the night, walking around the house looking for clocks for some reason.

“I was only in Stoke for a few days when I got the call. I was transferred to the QE, underwent the usual pre-op tests but then the op was called off as the doctors weren’t 100% happy with the donor liver.

“Amazingly 18 hours later, on 31st August 2019, I got another call. This time it was a go. It was only when the transplant co-ordinators came up to tell me that they were ready for me that it hit me what was about to happen.

“Seven and a half hours later, I was in ICU where I spent just over 24 hours.

“My recovery from that point was pretty straightforward. I suffered acute rejection, which was sorted with steroids, I got some kind of bug which kept me in hospital longer than really necessary but that was soon resolved with a change in antibiotics.

“I was in hospital for a total of three weeks but was back in three days later when a small part of the stitching failed and part of my bowel tried to escape, this resulted in another operation.

“Three days later I was home and have not looked back.

“Whilst I am certainly not back to my full pre-op fitness, I am doing fine. I firmly believe and the doctors agree that my fitness pre-op and a strong mental attitude has helped me get through this.

“The examination of my diseased liver post-op revealed that whilst I did have PSC which would have required a transplant at some point, the actual failure of my liver was due to what they termed sero-negative hepatitis. The cells of the liver were dying. I probably had about four weeks left.

“Whilst I had always believed in organ donation, I am now quite vocal about it as without the kindness and generosity of my donor and his family, I would not be here. My one regret is that I still have not found the words to say to his family. Thank you just doesn’t cut it." 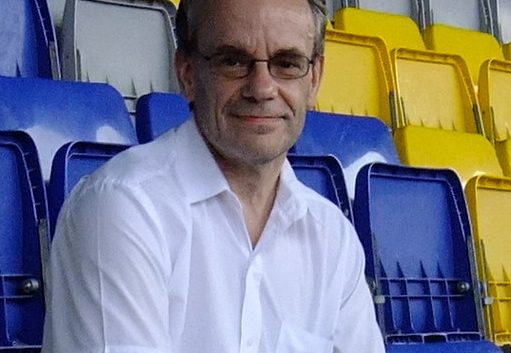