My journey with liver disease began on 28/12/2008, before that I had been or so I thought healthy, I was overweight but looked after my 3 children and husband and ran the local pre-school running around after several children. I hadn't drunk alcohol for about 25 years, thought I had a fairly healthy life.

On 28/12/2008 I took my children swimming as I did every week, I got out of the pool and felt very faint I then vomited up a sink full of blood, I was sent to hospital (I went home first), whilst having a gastroscopy the next day the doctors were surprised to find varicies as they were expecting to find an ulcer. During the procedure I vomited up so much blood I had a stroke due to a brain haemorrhage. Two days later I woke up to be told I had had a stroke but it could have been much worse.

Over the next few years I had several tests CT, ultrasound, bloods, liver biopsy but all proved inconclusive. I had another large bleed two years later ending up in intensive care again. My consultant said I was a complex case but that the diagnoses was NASH cirrhosis. I remained well and didn’t have any symptoms of liver disease and had a program of banding. I carried on my life as I always had.

In January 2016 at a clinic visit my consultant informed me that my blood work was getting to a stage where a transplant should be considered, this came as a complete shock to me as I felt really well. I went to Addenbrokes in May 2016 for a transplant assessment. Lots of tests were carried out bloods, CT, ultrasound, x-ray, ECG, heart scan, lung function to assess my liver and to make sure I could survive the operation.

At the end of these three days I was told that I defiantly needed a transplant, also that I had a blood clot in my portal vein. I was given the consent form for a transplant to sign but I didn’t sign this until September as I felt I had too much to do, my son was taking his A levels, my older daughter had to drop out of her masters course due to illness, and we had holiday plans. I discussed this with the doctors who agreed that as long as I was monitored and that if things changed I would sign this was OK. So in September 2016 with my daughter working, my son at uni, a very good friend agreeing to be there for my younger daughter, I signed the consent form, although I did ask to be kept at the bottom of the list for as long as possible! Due to the PVT I had to inject myself twice a day with dalteparin, a blood thinner, this caused me many problems with bleeding, eventually having to stop.

Once I had signed the consent form I was officially on the liver transplant list. From this time I had my bag packed ready to go at a moment's notice. Only a few people knew I was ill, my husband, children, mum, brother and good friend all kept it secret, not that I was ashamed, I just didn’t want the constant questions. Every time the phone rang I jumped. I found it hard to believe I was ill, although the doctors kept telling me I was.

April 2017 I had a repeat CT scan, consultant phoned me and said I had to start the blood thinners again whatever the problems they caused, as the PVT was getting worse and was getting to the point it would become impossible to carry out the transplant.

May 8th 2017 at 4am I had THE call, I was asked if I was well and could I get to Addenbrookes asap. My husband drove me and we arrive about 6am, leaving my daughter at home in bed. As soon as we arrived the testing began, bloods, CT scan to check PVT, x-ray, ECG. We then had to wait for the surgeons go ahead. I also spoke to a doctor about being part of the trial for the Organox machine which I agreed to, my donor liver was put on this as soon as it arrived at Addenbrookes. I’ve signed for every trial I was asked as somebody has to test this new research. At 12 a nurse came in and said it’s all go, the porter was with her and we went straight down to theatre. Within minutes I was asleep. Still not believing I was that ill.

I woke up in intensive care the next afternoon in extreme pain, all had gone well. From intensive care I was moved to the transplant HDU and a few days later onto the transplant ward. I have been told that a couple of weeks later, due to the PVT the surgeon probably wouldn't have operated and my liver would have only lasted a few more months!

Recovery has not been easy I spent most of summer 2017 in hospital due to a bleeding spleen caused by blood thinners, pain caused by a massive hematoma on my liver, sickness, kidney problems due to drugs, stomach infection. After a clinic visit in September I had to go back in due to kidney problems and whilst there it was found I had CMV, which I got from the new liver.

Since October things have settled down, still have kidney problems (only shows in bloods, I don’t feel anything), have to go to clinic every 6 weeks but I am gradually getting back to being me.

By telling my story I hope more awareness is made of liver disease and that it is not always caused by alcohol. I have found out so much since transplant by 'talking' to many people who have had transplants all over the world on Facebook.

I will be forever grateful for all the wonderful doctors and nurses at Norfolk and Norwich Hospital and at Addenbrookes for all their care and support ever since this adventure has started. I know there is always someone to contact if I panic, my local doctors are brilliant too even if they do send me straight to hospital.

And of cause I will always be grateful to my donor and her family for giving me my life. 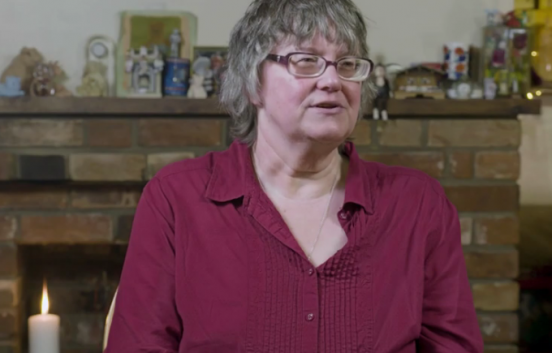