I’m confident a cure will be found and hope my story goes a little way to help raising the awareness this disease desperately need.

It started around the beginning of 2016, I was a relatively new Dad and was feeling tired all the time. Even if I’d had a good sleep I would wake up and still feel exhausted. My daughter was only 2-3 months old at the time so I assumed it was related to that. Then in May 2016 I had one particularly bad night sleep with stomach cramps and lower right back pains until eventually I was so uncomfortable I was physically sick. This had probably happened around three times in the previous few years. At the time I thought it was something I’d eaten but then I went jaundice which lasted a few days and this had never happened before to me. I decided I better go to the doctor and had blood taken. The tests showed that my liver function results were higher than the norm. I was asked to go back for more blood tests over the next few weeks and each time the results improved so the doctor thought it was most likely a troublesome gallstone!

That July I went for an ultrasound scan of my gallbladder which showed that my gallbladder was full of small stones, the plan then was to remove it. I can still clearly remember leaving the hospital with my wife and talking about how relieved we were that it was nothing too serious - I would have my gallbladder removed and life would go back to ‘the way it was’. I was fortunate enough to have private medical cover through my work so I decided to have the operation done as quickly as possible, privately. I was referred to a hospital in Edinburgh to meet the surgeon who wanted a scan of the bile ducts to double check that no stones were stuck because that would need to be resolved first before the gallbladder could be removed. The MRCP was booked there and then and within an hour the scan was in progress.

On 4 August 2016 (a week later) I went back to hospital to get the results and discuss the gallbladder operation. I was on my own as we thought it would be a routine appointment but this was not the case...I was told by the surgeon that the good news was there wasn’t a stone in my bile duct but the bad news was they suspected I had a rare liver disease which was the actual cause of my symptoms, called Primary Sclerosing Cholangitis (PSC). I was to be referred to a consultant who specialises in PSC.

Over the next few months I dealt with trying to come to terms with having a “chronic illness”. It was a strange few months as physically, other than being tired, I felt fine. 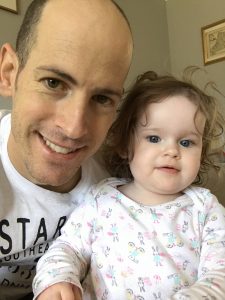 The surgeon warned me not to check google, which of course I did - I read that there was no cure, a transplant would be needed, my life expectancy would be between 10-12 years and I was now at much higher risk of cancer. It was a total shock and a lot to take in. I got home and told my wife that I was sick, one of those moments I will always remember. I was so angry and disappointed in myself for being SICK! After a day or two I composed myself and spent the next week obsessively researching to try and re-diagnose myself with something less sinister.

On 11 August 2016 I met a hepatologist who happened to be the only PSC specialist in Scotland who gave me the gut wrenching news that he was certain that it was PSC. The scan of my liver showed that I had “widespread inflammation and scarring throughout my bile ducts”. He also told me to think of the positives, it wasn’t bile duct cancer of which he was 99% sure as he had discussed this with a top radiologist. At that moment I couldn’t think of any positives, I was 32 years old, I had a wife and young baby to look after not to mention a good full time job that I enjoyed. It was a lot to take in.

Over the next few months I dealt with trying to come to terms with having a “chronic illness”. It was a strange few months as physically, other than being tired, I felt fine. It was more the aspect of coming to terms with it mentally and the worry about how it would impact my life, my family and my job - the uncertainty of the disease is challenging mentally and one I still struggle with periodically.

In May 2017 I began to feel unwell and over the next few months I found out that my common bile duct had nearly closed. I had three ERCP procedures (first two attempts were unsuccessful) over a four week period to try and fit a stent into my bile duct. The third attempt was successful and a 12cm stent was fitted well into my liver, however an extremely stressful nine day wait followed for biopsy results. During the procedure the specialist identified an area he was concerned with what could be a cholangiocarinoma (bile duct cancer) - THANKFULLY THE BIOPSIES CAME BACK CLEAR!

The two months before the stent was fitted I was itchy, couldn’t sleep, lost a lot of weight and pretty much felt like I was going out of my mind. It was a really tough time and I often worry I’ll get like that again. Saying that, it’s also prepared me and helps put the minor silly things that I might have stressed about before into perspective.

Since July 2017 I have had two more stent replacements which tend to happen every 3-4 months. In November 2017, a few days after the stent was replaced I started to feel unwell again and eventually I took the advice of family and friends and went to A&E. I had a fever and a resting heart rate of over 120 - I had Sepsis! Four long days in hospital followed with lots of IV antibiotics but I responded well.

Up until December 2017 I had consistently been losing weight and in an attempt to break that trend I started seeing a specialist liver dietician who helped immensely. I was prescribed meal replacement shakes, given a plan and after only a few checkups had gained all the weight back (15lbs).

At the time of writing this I’m due to have my stent removed (and not replaced). I’ve had a stent in my common bile duct since July 2017 and excluding the sepsis have kept relatively well, so the thought of removing it makes me quite nervous, however I totally trust the 3 specialists involved in the discussions regarding my care.

I’m part of the PSC Support UK group on Facebook which has been a great source of inspiration and information. It’s also made me realise that although the past year or so has been extremely difficult, my situation could be worse. I consider myself lucky and thankful that I have a supportive family, especially my wife, managers at work, and friends who are always willing to help.

I’m confident a cure will be found and hope my story goes a little way to help raising the awareness this disease desperately needs. 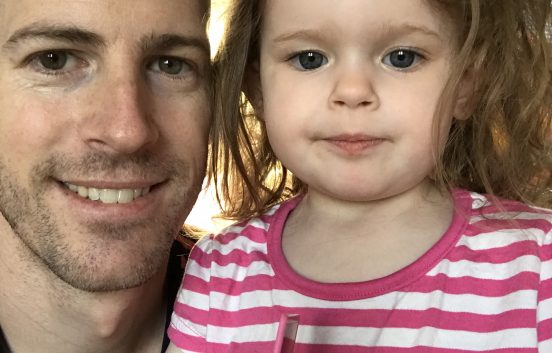