David's story: "I no longer have to worry about the ticking time bomb of hepatitis C." - British Liver Trust

David’s story: “I no longer have to worry about the ticking time bomb of hepatitis C.”

David had hepatitis C and has made documentaries for the BBC about addiction (some people may find the documentaries upsetting and they contain scenes of drug taking). He shares his liver health story here.

The treatment was a complete success.

In the late 1990s, I had a fair idea I might have hepatitis C. I didn’t have any symptoms of liver disease, but as a drug injector in the 1980s, I was aware that I could be at risk. I was in denial for many years though, and brushed it under the carpet.

At that time there were treatments for the condition, but I’d heard they could have serious side effects and I didn’t want any treatment that could have an impact on my ability to work.

In 2006, I went for a test to see if I had the virus, but chickened out and never got the results.

I had a drug relapse from 2013 to 2015 and ended up moving from Glasgow to Wick in the north Highlands. The mental health nurse I was treated under mentioned the fact that hepatitis C treatments are much less of a nightmare for the patient and had a high success rate. She was a great nurse, as were her colleagues in Wick, and so I decided to go along with that particular treatment with a drug called Maviret.

I had a new job as a journalist which entailed me being very alert and able to supply news deadlines in time. I didn't want to be laid low while trying to fulfill my employment obligations. When I started the Maviret I was really surprised how few side effects there were compared to what I had heard multiple times about other treatments. It was a complete success and I have cleared the hepatitis C from my system.

I am indebted to the NHS and the nurses who treated me at the hospital in Inverness. I also found the British Liver Trust website a useful source of information and I’ve shared my experiences with others in the charity’s online support groups. It’s a huge weight off my shoulders to know that I no longer have to worry about the ticking time bomb of hepatitis C. 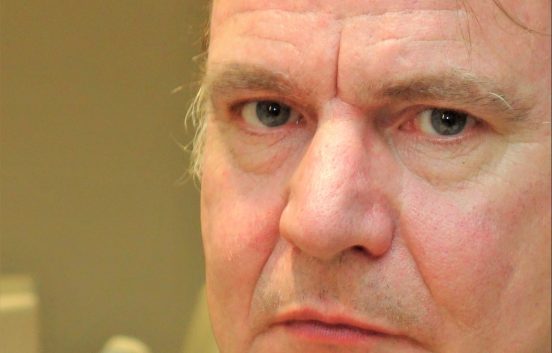