Chris’ story: “Amazingly, my liver has gradually repaired itself.”

After he was diagnosed with alcohol-related liver disease, Chris stopped drinking and smoking and started living a healthier lifestyle. He shares his liver health story here. Thank you, Chris!

If I hadn’t made the lifestyle changes I had, I would have needed a transplant or maybe even died.

Since I was in my twenties, I’d always liked a drink. Like many people, I’d binge drink at weekends with friends in pubs and nightclubs. People tend to joke about how much they drink, but when you get ill with it, it’s really serious.

Alcohol relaxed me and got me out of a bad mood. I drank more during my divorce and it turned into a pattern. I had no idea that I was damaging my liver.

I first noticed there was something wrong when I moved house. I was carrying furniture around and felt a pain above my ribs. I thought perhaps I’d just pulled a muscle so carried on with life.

I was getting tired a lot more often, so I went to the GP. A blood test revealed my liver enzymes were high and a Fibroscan confirmed I had cirrhosis, and an enlarged fatty liver. I was shocked because at the time I didn’t really know what that meant.

But despite my diagnosis I felt fine apart from the pain under my ribs. The liver nurse explained that I should stop drinking and that I would go through good days and bad days. After a few months of feeling fine and not drinking or smoking, I went to the pub and had three pints.

A few days later I started to feel absolutely terrible – I’d never felt that ill in my life. For the next few months I felt dreadful – I was too ill to work and I lost my job. I went to hospital several times and asked the doctors to kill me, it was that bad.

For the next few months I went through several stages of feeling well and then very unwell. It was really hard for my family to understand and it took a massive toll on my mental health. Eventually, the good days outweighed the bad. I felt back to normal and I started having the odd cigarette.

I didn’t realise at the time that the toxins in cigarette smoke can also affect your liver. All of a sudden my symptoms came flooding back for months on end – it was terrible.

I had to Google a lot of what I know

At the time I didn’t feel like I was given enough information about my condition - no leaflets or anything. There was a lot of conflicting information and some of the nurses put my symptoms down to anxiety which was frustrating. I had to Google a lot of what I know and that’s how I found out about the British Liver Trust.

I asked my liver nurse if I’d feel that bad forever. She assured me that I wouldn’t if I carried on looking after myself.

I stopped smoking again and remained teetotal. I ate a healthier diet and started exercising. It’s been two and a half years now and I’m feeling a lot better. Amazingly, my liver has gradually repaired itself. It’s back to a normal size, and a lot of the scarring and fat have gone.

In a way I’ve been lucky. Everyone is different and not everyone’s liver would be able to recover in this way. If I hadn’t made the lifestyle changes I had, I would have needed a transplant or maybe even died.

I’m sharing my story because I’d like to make other people think twice about how much they drink so they don’t end up in the situation I was in. I was so ill I lost my job, my partner, everything. I wouldn’t wish it on my worst enemy. 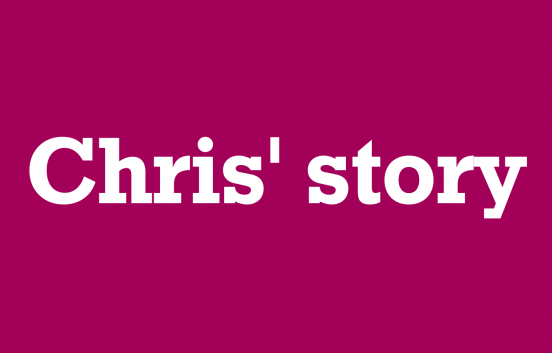